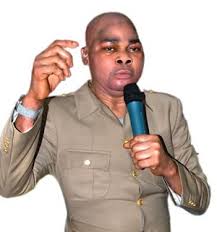 Attempts by the family members of late preacher, Ireti Ajanaku to determine the scope of his wealth vis a vis properties have hit a brickwall.


The widow of the pastor credited with the fame of gospeller Tope Alabi has refused to entertain such probe.

And this is against the background of assertion in certain quarters that she had pre empted the action by moving some of her late husband's properties- particularly choice cars to 'unknown destination'.

The move was aimed at scuttling the family's primary aim for the probe, which is disclosed as to 'corner the wealth for themselves'.

The constitution he drew up puts his widow in charge of the ministry after his death.

What is however not clear at present is whether the family members out to get some of the properties will go an extra mile to achieve their aim or not.
Posted by MAN ABOUT TOWN at 3:58 AM