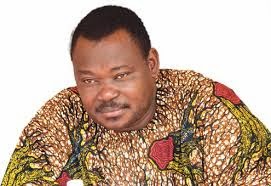 Controversial Businessman, Mr Jimoh Ibrahim risks the loss of one of  his claims to social status- his private jet.

A Court just ordered him to $10m to one of his creditors.

And Mr Ibrahim chances loosing his private jet, if he fails to meet up with the court stressed obligation.

Here is a full report of the development as sourced by naijacelebrities.net

' Just weeks after initiating moves to upgrade his corporate image, controversial businessman, Mr Jimoh Ibrahim is back on familiar terrain.

A court has ordered the money man to pay his creditor over $10m. And legal experts claim, he risks the forfeiture of his private jet if he does not meet up with the terms of the judgement.

'Sources confirmed the court made the judgement after refusal to recognise Mr Ibrahim's multiple denials and attempts not to fulfil contractual obligations.

The judgement is revealed as the result of a case instituted by international organisation, Aersale, Inc. against Ibrahim.

The aviation company proved to have a contract with the former guber aspirant to lease two of it's air crafts- for the operations of Jimoh's shut down airline, Air Nigeria.

The cost of the arrangement was put at $8m. The creditor however alleged, the businessman debtor refused to honour terms of agreement with the collapsed of his Airways business. This is despite issuing personally guarantee on the leased Air crafts on behalf of his Airline.

Jimoh Ibrahim had gone as far as challenging the authenticity of the contract he signed. He attempted to invalidate it, with claims his passport number used belong to an expired passport!. Equally  attempted to have Air Nigeria named as main defendant, to avoid the responsibility of issuing personal guarantee for the transaction- and even claimed his ex employee and the shut down airline's former managing director, Kinfe Kassanye lured him into signing a document he doesn't understand.

The court was unimpressed with the businessman's move- and tagged the case ' a straight forward issue of breach of contract'.  The judge went further to criticise the controversial man of commerce for attempting to exploit legal loopholes to dump responsibility as a guarantor in the transaction.

Ibrahim was ordered to pay the $8m owed his creditor, interests on the lease arrangement as well all legal fees.

The businessman is alleged to owe many service maintenance providers and lessors huge sums during the airline's operations- and after.

A management staffer, John Nnorom had provided the world with details of Ibrahim's alleged all about profit business crippling attitude that put the Airline on the edge.

...additional information societynowng.com and saharareporters.com
Posted by MAN ABOUT TOWN at 5:37 AM