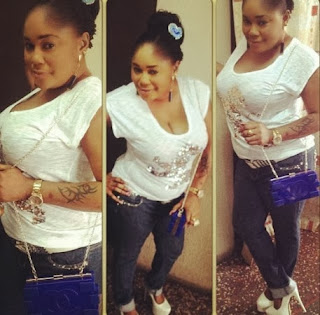 She is accused of attempting to pass of an imitation version of fashion item known as 'a Channel Leg Clutch' for the Original.
The lifestyle adornment valued at Ten thousand dollars is viewed as one of the latest status determinant amongst celebrities and - individuals with cash to spare.

The make believe expert had hit town with an imitation of the real, attempting to make the privilege list.

Those keen enough with the quality of the rare purchase have started blowing the whistle on her attempt. 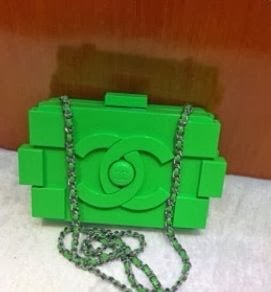 'the sling of the original is entwined with the leather material used in making the bag,while sling of the fake and cheaper version is strictly made with chain.... and the top of the genuine (where it's clipped) has leather, while the imitation parades metal'.

Some enterprising individuals are reportedly marketing the fake for between three hundred to four hundred dollars for 'wannabes' without the means or economic power to acquire the original.
Posted by MAN ABOUT TOWN at 3:45 AM