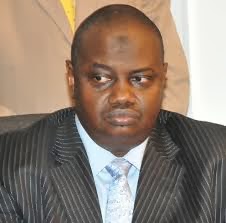 There is a palpable fear decorating operations at the Capital Market.

And this is linked to recent official agreement between the Nigerian Stock Exchange and anti corruption agency, Economic and Financial Crimes Commission.


The two agencies singed a Memorandum Of Understanding on Friday October 4 2013.

The move officially provides agents of the EFCC an in road to probe and examine suspected anomaly in the activities in that part of the nation's area of commerce.

Informants disclosed, prior to this official agreement before the two bodies, the EFCC has over 20 cases under going prosecution and intervened in billions of naira of capital market infractions.

It is expected a more efficient work will be done with the new partnership- which is directly aimed at curtailing fraud in that sector.

Insiders revealed panicky moves by operators to put their records in have been the order at the stock exchange since news of the arrangement filtered out.

Declaration by Mr Oscar Onyema, the Director General of the NSE that ' the collaboration would also open windows of timely prosecution and regular updates in respect of capital market- related offences...that the MoU produce results both in the short and long term' is said to have enhanced the fears and fuel the panic.

Sources claim the believe at the capital market is that, with the EFCC boss, Ibrahim Lamorde insisting on grave penalties for individuals and corporate bodies for non compliance with laid down regulations,  it is just a matter of time before fears of discoveries of hidden infractions and arrest of big market guns begins.
Posted by MAN ABOUT TOWN at 5:25 AM