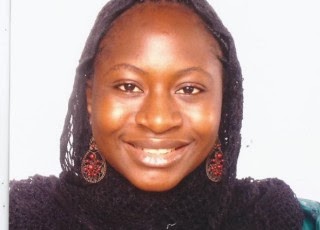 Ibrahim Shema, the Executive Governor of Katsine State has a love child. And she is confirmed as his first child.


She is labelled 'deaf and dumb'.

Sources confirmed not even disclosures that circumstances of the daughter named after his grandmother has rocked her world to the point of penury shakes Gov Shema's resolution in abandoning the child bore him by his late police mistress- before he got married.

Here is a report of the development as sourced by naijacelebrities.net. 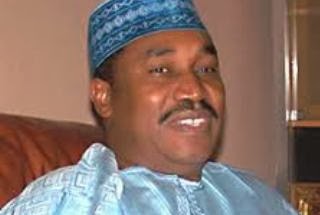 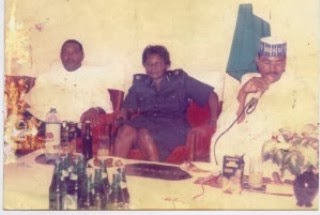 A trained lawyer, in the mid-80s he was the Chief Legal Executive of the National Fertilizer Company (NAFCON) and in the line of duty, then a 30 years old young man who was single and exploring, he met a beautiful and promising police woman, Felicia Udeh in Ibadan in one of his official visits (pictured both with Shema holding a microphone and a man looking) .

'Evidently there was sexual spark between the cop and the young Shema and they struck up a yummy relationship, and had a baby girl in 1987.

A bundle of joy to both she was named after Shema’s maternal grandmother, Amina, and when she was 2 years old, her father took her to Mecca for pilgrimage.

The two lovers may have been put asunder by the fact that Felicia (pictured right) who retired from the police as a Deputy Commissioner had had five children in her broken marriage to one Mr. Udeh and is a Christian from Cross Rivers State. She later died on February 17, 2005.

'Endowed with the fine physical attributes of a Fulani woman, which she inherited from her father’s genes(Shema pictured left), Amina is naturally beautiful. However, her speech and hearing defects have both conspired to hamper her pursuits of happiness and knowledge.

Now 26 years old, Amina who lives with a relation at Ikotun in Alimosho Area of Lagos State has had a baby girl for a man who promised her marriage but later fled when he impregnated her. She was also cheated out of her own share of her deceased’s mother’s estate.

In a chance encounter, Amina who spoke to orijoreporter through an interpreter said she got to know from her mother that her father is the present Kastina Sate Governor before she died, and would not mind to prove it by submitting herself to a DNA Test.

Armed with joint picture of Dr. Ibrahim Shema and her mother in January this year, Amina who is desperate to meet her father went to NTA Abuja believing that her matter would be brought to light and she would get help.

'According to her: “I was at NTA Abuja, and they reached my father by phone, telling him they had a deaf and dumb girl in their office, who claimed to be his daughter.

“He sent his Aide-de-camp, Usman Mohammed to NTA to come and identify me and when he came after discussing with the governor on phone he admitted that am his daughter.

“But that was the last I heard.”

The ultimate search also took her to Kastina Governor’s Lodge at Asokoro in Abuja where she was turned back by gun wielding police manning the gate. She also wrote a letter (a copy made available to orijoreporter and published below) ....and sent it through DHL to Dr. Ibrahim Shema but got no response.'