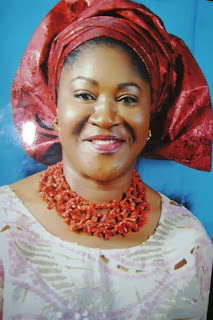 The political future of House of Representative member, Jumoke Okoya - Thomas is threatened based on information filtering.

Sources confirmed the affliction threatening her world results from ambition to take over the Senatorial Seat of Remi, wife of political leader- Asiwaju Bola Ahmed Tinubu.


Here is a full report of the development sourced by naijacelebrities.net

And Okoya- Thomas is said to have refused to refrain from the move ever since.

And according to sources 'they have started a campaign to do what is labelled, clip the wing of federal lawmaker Okoya-Thomas'.

Digs by societynowng.com revealed the strategy is to dwarf her influence within the party- and ultimately take away her source of power- the House of Representative seat.

She showed interest and openly campaigned to take over the Lagos Central Senatorial seat when former occupier, Munirudeen Muse was dropped by the party-before it was eventually handed over to Mrs Remi Tinubu.

Backed with the extensive influence of her father, Chief Molade Okoya-Thomas, insiders divulged Hon Jumoke Okoya-Thomas had canvassed and secured the support of Oba of Lagos, Rilwan Akiolu along with some of the party chieftains of the them Action Congress of Nigeria (now transformed into APC to form a more formidable national party).

It is believed that the House of Representatives member is still utilising the same structure in the renew attempt that has earned her the wrath rocking her political world.

Investigation revealed Okoya-Thomas is aware of the growing threats against her from the other side, and is holding out to keep them at bay quiet well.

She is said to have equally strong loyalist watching her back- at this early stage of the quiet battle.

.....source societynowng.com
Posted by MAN ABOUT TOWN at 5:37 AM