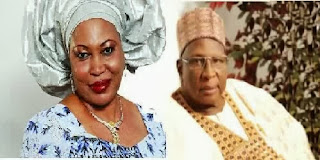 Society Lady Joke Sogunro is back on social discourse- and for the wrong reason!


Here is report of the happenstance as obtained by naijacelebrities.net.

'On Sunday October 6,2013 in Abuja at the residence of Alhaji Bamanga Tukur the embattled chieftain of the biggest political party in Africa on Adetokunbo Ademola street, Wuse II, was the venue as a mild drama played out.

'This dram would have rivalled anything ever produced from the stables of Nollywood had it been caught on tape as it played out.

'The house is the magnificent edifice on the street mentioned above,it’s a white mansion on a very large expanse of land, built in the Spanish style. It can better described as a glorious edifice fit for a king.
Living in this edifice of marvel is Alhaji Tukur and his youngest wife, Hajia Fatima also known as Florence which was her name before she married Alhaji. 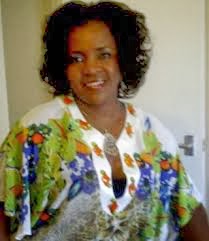 'Joke Sogunro socialite and store owner and Fatima have been good friends for over twenty years and have weathered plenty storms of friendship together…like they say, they were 5 and 6 in their hay days.

'When fortune smiled on Florence she didn’t mind having Joke Sogunro her friend around her.

'Joke was always in Abuja,leaving her shop in the capable hands of her workers.
she always went to Abuja so as to engage in more high powered businesses and hobnob with the high and mighty.

'Whilst landlady Florence stays in the main building, her friend Joke who had been with her for a month until the drama played out was staying in the same compound but in the guest house at the front of the magnificent edifice.

'Joke whilst in Abuja follows Florence everywhere assisting her in any way she could,sometimes even helping her carry her handbag whilst Florence strutted in front of her.

'Unknown to most of the people in the house, the store owner/socialite and the married stepson of her friend had met and began an affair….a hot one.

'The son in question is not a teenager but a handsome and very financially comfortable married man.

'Their supposed preferred rendezvous point for their so called ‘clandestine ‘kurukere’ moves was the Hilton hotel where they met and extinguished the flame of their lust every now and then.

'Auwal Tukur and Joke Sogunro,blinded by their lust for each other were perhaps also blind to the fact that they had given off tell tale signs that they were dating .

'The ‘snoops’ around the ‘blind’ lovers supposedly went to report the alleged illicit affair to Auwal’s father Alhaji Bamangar Tukur and on being told,the disciplinarian was livid with anger and couldn’t believe that someone staying under his roof and supposedly very close to his wife, could be having an affair with his married son.

In anger, he personally saw to it that madam store owner/socialite Joke Sogunro was thrown out in disgrace with her bags and Ghana must go luggage.

Oh, it was such a big shame. Insiders reveal that the thoroughly embarrassed Joke who was once married is now holing up temporarily at another place in Abuja,an apartment hotel supposedly paid for by Auwal.'

.....source stelladimokokorkus and naijahottestgist
Posted by MAN ABOUT TOWN at 6:18 AM