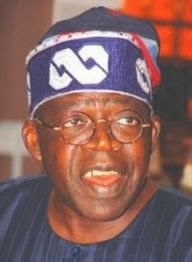 
The political leader traveled abroad for a knee surgery.

The operation is tagged successful.

The powerful politician is expected back in the country at about 6.00p.m. He is expected to utilised the Murital Muhammed International Airport, Lagos as his entry point.

Insiders disclosed he intends to address media men on arrival at the Airport.

He is however said to have ordered the cancellation of a rally intended to signpost his return.

The rally was reportedly called off as to honour recently laid to rest politician, Segun Agagu- and victims of the plane crash that trailed his burial.

Some claim otherwise, claiming 'he is not yet up to the stress a rally would impose on him'
Posted by MAN ABOUT TOWN at 5:18 AM