Former employees of Nigerian conglomerate, BUA Group, have called on the federal government to
investigate the company over its alleged indulgence in foreign exchange (forex) round tripping and
tax evasion. 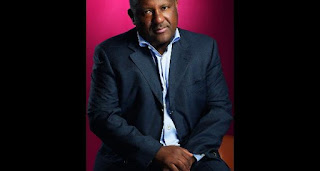 The group of disengaged employees of the company also, last week, crippled the Victoria Island
Head office of the company, over alleged unpaid benefits following the sale its subsidiary to Olam
Group.
The protesting former workers of BUA led by one Akasan Sylvester, accused the company of its
Chief Executives, Mr. Abdulsamad Rabiu, of active involvement in illegal diversion of Nigeria’s
scarce foreign exchange.
According to them, “BUA’s actions are tantamount to money laundering and economic sabotage.
The chairman of BUA boldly boasted of how he has been funding various investments and assets
outside Nigeria with foreign exchange from his offshore company.

It was this claim that made us suspicious and we decided to investigate these so called offshore sources of foreign exchange”.

“What we found was that over a period of time, BUA collected huge amounts of forex from the CBN through Form M to open LCs to fund the construction of multi-million dollar plants for flour, noodles spaghetti and sugar at various locations like Port Harcourt, Kano, Apapa and Kirikiri.

They now went on to transfer all these assets to an offshore company, Amber Foods which he formed as a special purpose vehicle for this purpose.

“He however, went ahead to illegally dispose these assets to another offshore company called
Olam, thereby blocking the avenue for the repatriation to Nigeria of the returns of investment on
assets that were funded with forex from Nigeria.

His action is illegal and tantamount to economic sabotage and money laundering. It will be of interest to get BUA to furnish the CBN with details of Amber, the offshore company, a Panamanian based company especially details of their capital importation certificate for the funds repatriated to Nigeria.
His illegal syphoning of forex and the resultant capital flight would also have denied our Federal Inland Revenue Service (FIRS) capital gains tax due from the investments. We therefore request that a high powered investigation of BUA in order to expose the unpatriotic acts of sabotage, the ex-employees said.

The aggrieved protesters stormed the BUA office on Adetokunbo Ademola Street, Lagos, before
midday on Wednesday, May 18, 2016, displaying placards with various inscriptions like: “pay us
our 10%; Our redundancy is not negotiable negotiable: Our efforts made BUA Group & Co worth
N35bn: We are not slaves, pay us our 10%”.

Coordinator of the protest, Akasan Sylvester, explained that their due entitlements had not been paid in full and what was given to them from sales of BUA Group International was pittance compared to what should be paid. Among other things, they demanded payment of redundancy package to all workers of BUA Flour and Pasta to a tune not less than 20percent of the total sales of the company.
Reacting, the Group Head, Corporate Communications of BUA, Mr. O’tega Ogra, said the action of the former employees was a surprise because the company paid them fully on December 18, 2015 after selling its asset to Olams. He said: “BUA Group International sold its asset on January 11, 2016.

So we handed over the employees to our buyer (Olam) and paid them off. We kept informing the employees. So the protesters are not even under our employment following the handover; they are now employees of Olam and I don’t know why they are here picketing us” he added
Posted by MAN ABOUT TOWN at 8:42 AM