First Bank of Nigeria Limited has filed a winding-up petition against a limited liability company, Omatek Computers Limited, which deals in computer accessory, seeking to recover a loan of N838,337,562.69, granted the firm. 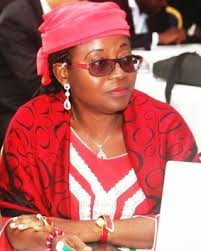 In the winding-up petition before a Federal High Court sitting in Lagos,
counsel to the bank, Mr Ade Oyebanji is alleging that Omatek Computers between May 20, 2014 and November 12, 2015, applied for and was granted various type of loans in the sum of N 743,224,440.

He stated that in respect of the loan granted the company, Mrs Florence Seriki, who is the Director and alter ego of the company, issued personal guarantee while Omatek Ventures Plc and Omatek Ventures Distribution Ltd, which are sister companies issued corporate guarantee.
Meanwhile, Omatek, in an objection to the petition by its counsel, Prof Taiwo Osipitan, SAN, is urging the court to dismiss the petition on the ground that it was incompetent.
He is further contending that the petition did not comply with company winding up rules, because as at the time of filing the petition, the tenor of the loan had not expired.
However, the bank alleged that the firm had difficulty in servicing the facilities and had also defied the terms of the loans which has exceeded the time frame for its repayment as stipulated in the terms of the offer letter.
The bank is claiming that outstanding indebtedness of the company to the bank as at January 31, 2016 stood at N838,337,562.69 and the sum continue to accrue interest on a daily basis,.
The petitioner said it had written several letters to the company requesting for the liquidation of the due and unpaid debt while the guarantors were also written, asking them for repayment of the facilities they guaranteed, but the company while admitting it’s indebtedness had always cited constraints and challenging market conditions
The petitioner said it had made several demands to the company to pay its debt but the company has been unable to pay its debts because it is insolvent.
Consequently, the bank urged the court, that in the circumstances, it was just and equitable that Omatek company be wound up by the court under the provisions of the company and Allied Matters Act cap C20,Laws of the Federation 2004.