The current state of our nation leaves much to  desired. From the plunging Economy to insecurity. 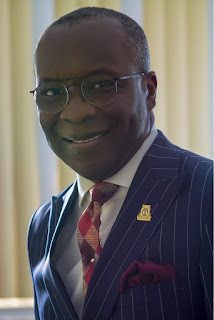 The masses are wailing and the rich also cry. From the constant decline of the value of the Naira to the hike in fuel prices which has catapulted inflation and taken it to an all time high, the common Nigerians have had to bear the brunt!

It is quite convenient to heap the bulk of blame on the government as usual but truth be told the citizens are equally accountable.


One major syndrome that has eaten deep into the fabric of our society is MEDIOCRITY and it is responsible for most of the pains we suffer today. We did not get to where we are in one day. It was a gradual process of letting mediocrity get the better of us and today it has become gangrenous thus becoming an uphill task to mitigate against.

“I will mange it”, “It’s not so bad”, “It’s fair enough” “What more can I do” “I have tried, jare” “I can’t kill myself joorrr”… are very familiar expressions, aren’t they? We either encounter or even pronounce them ourselves regularly. What belies these otherwise insouciant and unperturbed proclamations is the syndrome called MEDIOCRITY!

Mediocrity is clearly a negative trait we should avoid like a plague. If you do not actively REJECT mediocrity, you are unwittingly choosing it over EXCELLENCE and will be running life’s relay littered with broken dreams and failed expectations and at the end of the finishing line you will be crowned with frustrations and unhappiness.

Everywhere you go to today, across our beloved country Nigeria, mediocrity and impunity stare you in the face.  This sad development which pervades most facets of our national and private lives has now become a Sub-Culture. This also explains why most Nigerians prefer foreign products to Made-In-Nigeria ones, irrespective of price.  The reason for this is that the production of most foreign goods are driven by a Culture of Excellence.

Thankfully many Nigerians have taken the bull by the horn and have gone all out on the fight against mediocrity. One of such Nigerian is Pastor Olufemi Paul.

Pastor Femi Paul, a Lawyer by profession, is the Senior Pastor of Grace Assembly Churches, Lagos. He attended the University of Ife, now Obafemi Awolowo University, where he obtained a Bachelor’s Degree in Law. He later went on to the University of London for two Masters Degrees in Shipping Law and Intellectual Property. He is also a certified graduate of the Oxford Princeton School of Petroleum Studies.  He practiced law in Lagos for many years, before moving into the Shipping & Maritime Industry.  His last foray in secular business was into the Oil & Gas Industry, after which he settled into full time ministry in 2001.

Dr. Femi Paul has delivered various papers, keynotes and workshops on Excellence In Life at several organizations, institutions and conferences around the world.  In 2015, he was honored with a Doctorate Degree by Northwestern Christian University for his excellent contribution towards Christian Education. He is also a pastor and the founder of Grace Assembly Church, a ministry committed to inspiring people and transforming lives.

Pastor Femi Paul is mostly known for his exceptional “Spirit and Lifestyle of Excellence”. This has earned him many accolades and also inspired him to birth the vision “Life Class with Femi Paul”, and also the Excellence-In-Life Series where he shares Life Transforming Principles that shaped his life.

Dr. Femi Paul is the Convener of the EXCELLENCE-IN-LIFE SERIES, a National Transformation Initiative aimed at eradicating the prevalent culture of mediocrity in our society. According to Pastor Femi Paul, "It is in my patriotic quest to salvage our country, build a culture of excellence and leave a lasting legacy for future generations that I present to you, THE EXCELLENCE IN LIFE SERIES!"

The EXCELLENCE IN LIFE SERIES, a bi-monthly meeting is the tool by which the visionary, Dr. Femi Paul hopes to eradicate the prevalent Culture of Mediocrity and propagate in its place, the much needed Culture of Excellence.  This initiative promises to transform mindsets and inevitably optimize the potential of individuals, institutions and the nation alike.

Excellence-In-Life, is not another Certification Course, because when it comes to Excellence, you don’t tender certificates.  Excellence is simply about doing things well, and it is WAR AGAINST MEDIOCRITY!


Due to his passion for eradicating mediocrity and extolling the spirit of Excellence, Pastor Femi Paul has made The Excellence in Life Series a Bi- Monthly event featuring world class speakers. The next one holds this Saturday the 21st of May 2016 and speakers like Ibukun Awosika, the Chairman of First Bank PLC and Mrs Bukky George of the Health Plus Pharmacy chains will be some of those imparting the wealth of knowledge and experience in many Nigerian who will be attending.

We want to commend Pastor Femi Paul for this worthy and noble cause and we implore other thought leaders to help the up coming generation imbibe values as this that would help lead this nation out of the dungeon.

Join in the WAR AGAINST MEDIOCRITY