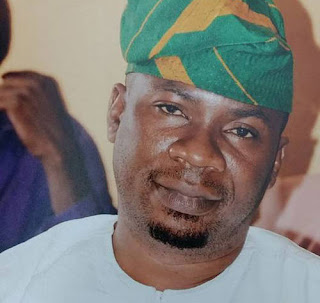 A member of the Ogun State House of Assembly representing the Remo North State Constituency, Adeleye Adewale Adebiyi, is being sued by Remo North residents in the Federal High Court of Abeokuta for presenting forged school certificates to the Independent National Electoral Commission (INEC) before the last April 11, 2015 election and for false age declaration. INEC will join Mr. Adebiyi as his co-defendant at a hearing, which will take place at the Federal High Court of Abeokuta on June 6, 2016.


According to the plaintiffs, Mr. Adebiyi falsely claimed to have attended Ode Remo Community High School from 1986 to 1993 and that he earned an ordinary national diploma (OND) from the Federal College of Freshwater Fisheries Technology in New Bussa, Niger State. Mr. Adebiyi allegedly attached a false school leaving certificate and national diploma examination result to the CF-001 form rather than the proper OND.
The petition submitted by the plaintiffs further stated that Mr. Adebiyi swore on oath that he was born on July 16, 1974, but his true birthdate is December 17, 1974.

“Whether by virtue of the provisions of Section 118(1)(k) of the Electoral Act of 2010, the 2nd Defendant [Mr. Adebiyi] can be restrained from further parading himself as Honorable Member of the Ogun State House of Assembly representing Remo North constituency, having regard to the false presentation of himself to the good people of Remo North Constituency of Ogun State as a candidate for the Ogun State House of Assembly,” said Mike Ozekhome (SAN), the plaintiffs’ attorney.

The petition further stated that Mr. Adebiyi should be vacated of his position to pave the way for fresh elections.

"And upon the determination of the above questions in the affirmative, the Plaintiffs herein seek the following reliefs: A DECLARATION that the 2nd Defendant [Mr. Adebiyi] is not a fit and proper person to represent Remo North State Constituency, that he should vacate his seat forthwith on grounds of forgery and perjury, that he should be restrained from parading himself as the member of Ogun State House of Assembly, and lastly, an order compelling the Independent National Electoral Commission (INEC) to conduct a fresh election in to the Remo North State Constituency of Ogun State for the House of Assembly within Thirty (30) days as stipulated by the above provisions of the Constitution of the Federal Republic of Nigeria, 1999, as altered and the Electoral Act, 2010, as altered.”

The Ogun State lawmaker’s scandal was first revealed by the Remo State Youth Association, who submitted a petition to the Ogun State Police Command on September 16, 2015. The petitioners were subsequently abducted by thugs loyal to Mr. Adebiyi and placed in custody before being granted bail.