The Economic Financial Crime Commission, EFCC, has seized the passport belonging to a former Minister of Aviation, Chief Femi Fani-Kayode. 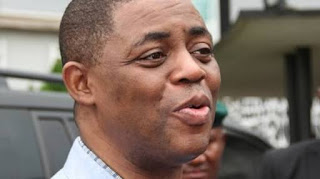 The former minister, who served as the Director of Publicity of the Goodluck Jonathan during the 2015 presidential election, was arrested on Monday last week for receiving N840m.

The money, which Fani-Kayode admitted to receiving, was said to have emanated from the account of the Central Bank of Nigeria.

The ex-minister had, however, insisted that he did not know that the money emanated from the CBN because he was assured by the leadership of the Peoples Democratic Party that the money was sourced from private individuals.

A spokesman for Fani-Kayode, Mr. Jude Ndukwe, confirmed that the ex-minister had submitted his passport to the EFCC.

Ndukwe said the EFCC had given the ex-minister bail conditions but had refused to release him despite meeting the conditions.

He said, “The EFCC gave him two bail conditions. The first condition was that he would hand over his passport while the second condition was for him to provide two sureties. The two sureties must be at least directors in the civil service and must have properties in AMAC (Abuja Municipal Area Council)

“Five days after meeting the conditions, the EFCC has refused to release him.