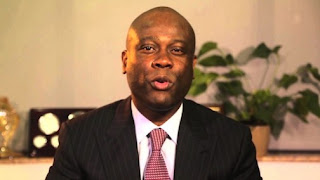 Operatives of the Economic and Financial Crimes Commission on Friday afternoon raided the head office of Access Bank Plc in Victoria Island, Lagos.

‪The Group Managing Director, Access Bank, Herbert Wiwge, was said to have been picked by the operatives of the EFCC during the visit, TheCable reported.


‪As of the time of filing this report, it was unclear if he would be released or kept in the EFCC custody.

The spokesperson for Access Bank, Mr. Abdul Imoyo, did not pick several calls made to his telephone line over the development. He also did not respond to text messages.

‪The anti-graft agency, which has been carrying out investigations on alleged abuse of funds under the last administration, extended its search to the banking industry recently.

‪The bank was accused of not reporting the transaction to the Nigerian Financial Intelligence Unit as required by the law, an allegation Fidelity Bank denied.

‪Two days ago, EFCC officials were at the headquarters of Sterling Bank where they allegedly quizzed the Managing Director, Mr. Yemi Adeola.

‪Efforts to reach the Spokesperson for the EFCC, Mr. Wilson Uwujaren, were unsuccessful as his telephone line indicated that it was switched off as of 9.30pm when this report was filed.