CORPS Marshal, Federal Road Safety Corps (FRSC) Mr Boboye Oyeyemi, has expressed concern that about 70 per cent of drivers attached to most state governors across the country  operate with expired licences and are not well trained in the act of driving in a convoy 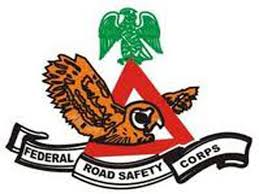 
Oyeyemi, represented by the Assistant Corps Marshal/Head, Policy, Research and Statistics, Mr Kayode Olagunju, disclosed this when he paid a courtesy visit to Governor Abubakar Sani Bello of Niger State, at the Government House, Minna.

He told the governor, who was represented by his deputy, Alhaji Ahmed Muhammad Ketso, that research had shown that about 70 per cent of drivers attached to some state governors had expired licences and were not experts in convoy driving.

He said the Federal Government was working towards organising a sensitisation programmes for drivers on the convoy of chief executives.

He also commended the efforts of Governor Bello in the massive construction and rehabilitation of roads network within the state, adding that this would help reduce carnage on highways.

The FRSC was in the state in continuation of the nationwide sensitisation on the use of standard tyres, as Oyeyemi said lack of knowledge on the expiration date of tyres by drivers had led to the loss of lives, destruction of properties  and other challenges in traffic management in the country.

According to him, a good percentage of road crash was caused by expired tyres, adding that people did not take the issue of tyres seriously.