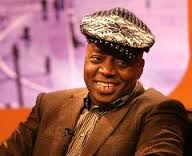 The soccer manager notable for his daring exploits in managing Chelsea FC star, Mikel Obi, has wiggled his way into Vivian Chiologi’s 18-yard box. Like a goal bound fox-in-the-box, Shittu made dazzling runs into the Lagos socialite’s penalty area and laced a volley that pirouetted into her heart as cupid’s bow settles amid the ventricles of the enamored. 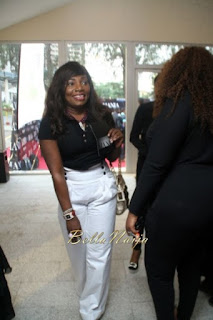 Prior to their union, Shittu lived in the UK. The manager of Nigerian Super Eagles star, Mikel Obi, lived life on the fast lane, having lost his wife to untimely death few years ago. Shittu refused to marry and instead freely cavorted and romanced several society ladies at home and abroad. During his exploits as a super and dandy widower, Shittu made many ladies happy and fulfilled by their relationship with him.

Even the wife of Pastor Odumbaku, Simi, had a daughter for Shittu. It would be recalled that Pastor Odumbaku is a very close friend and confidant of All Progressives Congress (APC) national leader and two-time governor of Lagos, Bola Tinubu. And immediately Simi had a child for Shittu, tongues began to wag as the Lagos high society wondered where and how Simi and Shittu encountered each other and engaged in romantic liaison – given their far-flung social trajectories.

Shittu was no doubt the darling of many a high society lady and he milked this reality with unusual gusto. He was a ladies’ man and he had plenty of cash and love to throw around. But all that is history now. Shittu has given his heart to Vivian Chiologi thus he will no longer be generous with his love. No doubt, many women would be heartbroken as Shittu takes a wide berth from the streets and their loins.

Shittu allegedly promised a lot of women marriage before he finally settled for Vivian. The latter is in her 50s, Vivian, a popular society lady in Lagos is also a fashionista of note and she is notable for her appearance at the most exclusive parties in the city’s annals. But in other women’s heartache, Vivian has found joy. Before Shittu proposed marriage to her, the popular socialite had suffered heartbreaks from too many men. Ask Caverton boss, Remi Makanjuola and John Obajuwana, they will confirm this. Shittu and Vivian’s marriage will be an exclusive ceremony and after party. Let’s hope marriage will work between the two lovebirds.

Eventually, even the most valuable player hangs his boots. And the versatile player manager retires his wiles and razor keen perception. John Shittu is hooked to Vivian Chiologi. May the Almighty Creator bless their union.