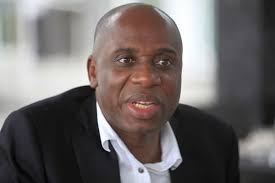 Like a ticking clock with broken hands, the presidential cabinet of Muhammadu Buhari is falling apart. There is an ominous edge to its tick as it paces out to an empty, pointless hour. If great care is not taken, President Buhari will watch helplessly as his cabinet, the government and his ruling party, the All Progressives Congress (APC), become victims of the APC’s success at polls. Besides the bickering that characterise the party as you read, Buhari’s cabinet is gradually becoming a nest of bitter politicians and avoidable hostilities. Just recently, news of an ego war and persistent bickering between former Rivers State governor and incumbent Minister of Transport, Rotimi Amaechi, and the Minister of State for Aviation, Senator Hadi Sirika rent the air.


The Capital findings revealed that things have gotten so bad between both ministers that they were close to exchanging blows last Monday. But for the timely intervention of their aides and civil servants, who witnessed their altercation, Amaechi and Sirika would have engaged each other in a very bitter and bloody boxing match.

Trouble loomed soon after Amaechi was appointed as the senior minister and Sirika as the younger one, in the nation’s transport ministry.

Sirika allegedly refused to take orders from Amaechi, who is also the senior minister of Aviation and Sirika’s direct boss by virtue of his designation as the nation’s Minister of Transport. Amaechi, in response, has refused to take Sirika’s insubordination lying low. He seizes every opportunity to put Sirika in his place.

Sirika on his part is said to be spoiling for war. He is ready to win the superiority battle with Amaechi. Sources close to both ministers argue that Sirika considers himself superior to Amaechi because he is the president’s kinsman and he served as a Senator representing the President’s Katsina North senatorial district in past dispensation.

“It’s all about power tussle. Sirika thinks Amaechi is overstepping his boundaries and should mind his business as Transport Minister. But Amaechi is also in charge of Aviation. He is the senior minister, while Sirika as Minister of State for Aviation is junior minister. But Sirika sees himself as the President’s guy. So, he refuses to take directives from Amaechi and now Amaechi is feeling undermined. This has led to a big power play between both men. It is becoming so messy that even the official portraits of both ministers are missing at the airports. That’s why Amaechi was doing maritime summit in Lagos while Sirika was doing aviation in Abuja,” according to a source.

Consequently, portraits of both ministers are missing from the country’s airports. Civil servants working at the country’s airports and senior staff of the Federal Airports Authority of Nigeria (FAAN) are reportedly jittery and worried that they could incur the wrath of the ministers if they get caught in their crosshairs by placing either minister’s portrait at the airports.

As the conflict flares higher and hotter between Amaechi and Siriki, political pundits and senior chieftains in the ruling party, All Progressives Congress (APC), have called on President Buhari to intervene in the interest of the country, his government and the ruling party. Findings revealed that the hostility between Amaechi and Sirika has spread like wild fire among members of the presidential cabinet. The ministers are reportedly taking sides thus fostering prejudice and splitting the cabinet.

Sirika and his fellow Ministers of State reportedly nurse the ambition to succeed their senior colleagues in their respective ministries. His rebellion against Amaechi’s superiority is allegedly driven by the notion that President Buhari will soon sack Amaechi and he, Sirika, will be announced as the transport minister’s replacement. Such views are reportedly held and ambition secretly nursed by President Buhari’s Ministers of State.


Consequently, Amaechi and his fellow senior ministers, are jittery and territorial in the administration of their respective ministries. They are not ready to share power, privileges and authority with younger ministers working with them. They consider the younger ministers ‘too over-ambitious for their own good and the country’s good,’ according to the words of an incumbent minister. All is not well with President Buhari’s cabinet.
Posted by MAN ABOUT TOWN at 2:27 AM