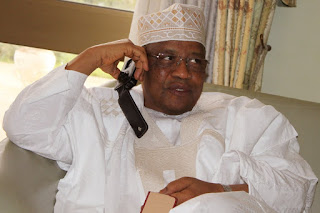 A rights advocacy group, the Socio-Economic Rights and Accountability Project, has called on the Attorney General of the Federation and Minister of Justice, Abubakar Malami (SAN), to reopen the unresolved case of the “missing $12.4bn oil windfall.”

According to the group, the money was spent between 1988 and 1993 by the government of a former military dictator, Gen. Ibrahim Babangida.

SERAP urged Malami to use his office and power under Section 174(1) of the Constitution and sections 104-106 of the Administration of Criminal Justice Act to establish the truth about what happened to the money and to prosecute anyone found culpable.

The group made the call in an open letter by its Executive Director, Adetokunbo Mumuni, to the AGF on Sunday.

The letter read, “SERAP, has for many years, sought explanation and official release of the Pius Okigbo panel report, which the government voluntarily established. But successive administration blocked every chance to officially release the Okigbo Report with some even claiming that the report could not be found.

“SERAP’s request is entirely consistent with the established legal principle that in matters relating to crimes, including corruption, time does not run against the state.

“Reopening the case would also send a clear message that cases of high-level official corruption would not go unpunished no matter how long it takes and that suspected perpetrators would be held to account, no matter who is involved.

“SERAP also believes that reopening the unresolved case of missing $12.4bn oil windfall would serve as a litmus test for the administration of President Muhammadu Buhari often repeated commitments to transparency, accountability and the fight against corruption in the country.

“Full accountability for the missing public funds would contribute to ending impunity of high-ranking public officials for large-scale corruption and provide effective remedies to victims of corruption.”