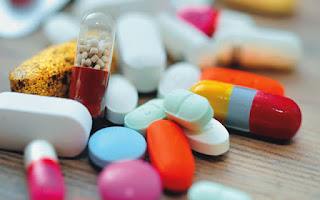 Unless the Federal Government intervenes urgently in the matter concerning the ECOWAS Common External Tariff and the challenges it is posing for the pharmaceutical manufacturing sector, about one million workers in that industry may lose their jobs before the year runs out.

The group described government’s decision to allocate 60 per cent foreign exchange to the manufacturing sector as laudable, but added that there were other key policies that needed reforms in order to rescue the local industry and safeguard national health care.
One of the policies, according to the manufacturers, is the ECOWAS CET.

It stated  that researches over the last 18 months had shown that capacity utilisation among Pharma manufacturers was at an all-time low of 20 per cent; and 43 firms, representing 30 per cent of the PMG-MAN members had shut down production owing to lack of access to forex for critical raw materials.

The group added that if nothing was done, another 30 per cent of its members could be forced to shut down, and this might lead to one million job losses.

The statement read in part, “Since local pharmaceutical manufacturing is directly linked to national healthcare, a key policy that needs pressing reform in order to rescue the local industry and in turn safeguard national healthcare includes the ECOWAS CET policy.”

The statement quoted the Chairman, PMG-MAN, Mr. Okey Akpa, as saying that efforts made so far in addressing the CET imbalance were laudable, but warned that the high attrition rate in the sector, and the consequences of further delays indicated the need for government’s imminent intervention.

He said, “Further closure of the PMG-MAN members’ factories will throw close to one million Nigerians out of their jobs and into penury. This has started as many PMG-MAN members have drastically reduced their workforce in response to reduced production capacity necessitated by inadequate access to forex.”

According to Akpa, the government has to urgently address the anomaly created by CET, whereby imported medicines attract zero duty while raw and packaging materials for local manufacturing attract up to 20 per cent duty, adding that this is inimical to national interest.

He said that access to funding at single digit interest rate was another urgent intervention needed to reverse the catastrophic decline in the sector.

The statement said, “The pharmaceutical manufacturing sector usually considered the lifeline of the national healthcare system has been racked with desperate challenges as operations in most factories have almost grounded to a halt. Researches over the last 18 months indicate that capacity utilisation among Pharma manufacturers is at an all-time low of 20 per cent; and 43 firms, representing 30 per cent of the PMG-MAN members have shut down production owing to lack of access to forex for critical raw materials, mainly active pharmaceutical ingredients and machinery inputs.”