The last has not been heard about the sudden removal of Mr Olufolarin Ogunsanwo, as the boss of the Lagos Internal Revenue Service (LIRS).The latest is that Governor Akinwunmi Ambode has moved against him big time and seized all the Sport Utility Vehicles and other cars in his Magodo, Lagos home. 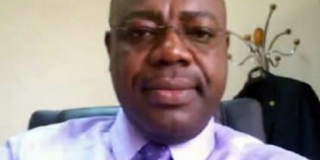 In addition, he has been stripped of all courtesies accorded former top Lagos civil servants.

We gathered that though no official reason has been given for his sack, the impression being given by this move by the Governor is that Ogunsanwo may have fallen out with the governor after investigation into the financial status of the behemoth agency and money-spinning machine.

Ogunsanwo who has since beeen replaced by Mrs. Akintola, the daughter of APC topshot,Chief Bisi Akande has become reclusive since the incident.

The thoroughbred professional had laid out an ambitious plan for the LIRS and insiders said he had added some zest to its operations.

Before he was relieved of his post, Ogunsanwo was a member of the the inner caucus and reportedly close to the Governor, no one can yet reveal what happened that things fell apart between the two men.

thelight
Posted by MAN ABOUT TOWN at 8:28 AM