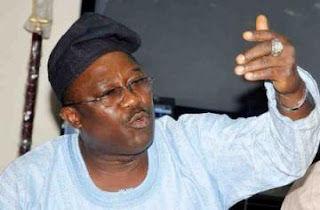 The sour relationship between the Kwara State Government and the ex-Kogi West senator, Smart Adeyemi, has led to the collapse of the former president, Nigerian Union of Journalist’s hotel empire in Ilorin.

Senator Adeyemi started his career in the media working at NTA Ilorin with his wife, Yemisi

Adeyemi, and when he became a financial success via politics, the Kogi-born politician located most of his businesses in Ilorin, the Kwara State, a situation that has earned him opprobrium from Kogi State indigenes.

In Ilorin, his two hotels, Kingstone Grand Suites(above) and Royal Shekinah(right) along Police Officer Mess road, and Ajase-Ipo Road in Offa Garage area of Ilorin respectively, were mostly patronised by government officials in the past owing to Sen. Adeyemi’s good rapport with the power-that-be.

Then Gov. Ahmed’s SA Domestic, Gbolahan, on the average booked five to ten rooms and chalets for government officials and their guests.

But that was before the last general election in 2015 when the going was good between Sen. Adeyemi and the Kwara State government.

The election severed their ties. While Senator Bukola Saraki and Gov. Abdulfatai Ahmed dumped the Peoples Democratic Party, PDP, for All Progressive Congress, APC, Sen. Adeyemi remained in PDP, and was very close to the then Senate President, Senator David Mark.

Their different political affiliations made them fell apart. Despite the fact that Sen. Adeyemi recently dumped PDP for APC, the centre still cannot hold because they belong to different camps in the ruling party.

It will be recalled that Sen. Adeyemi and Saraki’s ally, Senator Dino Melaye are in court over the 2015 Kogi West senatorial election.

Sen. Adeyemi’s plan to upgrade the hotels prior to the election, which made him to demolish the last floor of the storey building hotels have fallen through.

For sometime now, the hotels have had a dirty dilapidated look. This makes passersby to continue to ask when will Senator Adeyemi start work on the construction of the hotels

orijoreporter
Posted by MAN ABOUT TOWN at 3:17 AM