Three principal officers of the Federal University of Agriculture (FUNAAB), Abeokuta, including the Pro-Chancellor, Senator Adeseye Ogunlewe, and the Vice-Chancellor, Professor Olusola Oyewole, will on Friday appear in court on fraud charges. 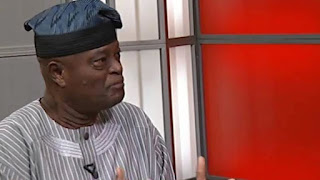 The third person to be arraigned by the Economic and Financial Crimes Commission (EFCC) in a Federal High Court, Ibadan, is the institution’s Bursar, Mr Moses Ilesanmi.

Ogunlewe, a chieftain of the Peoples Democratic Party (PDP), is a former Minister of Works.

A top official of the commission confirmed the development to the New Agency of Nigeria (NAN) in Abuja on Wednesday.

The source said that the trio would be docked on an 18-count charge bordering on stealing, abuse of office and obtaining money by false pretence.

According to him, the three men have been subject of investigation in an alleged case of abuse of office and misappropriation of funds.
Sources had earlier told NAN that the suspects were arrested on Wednesday morning following a petition written against them by the institution’s chapter of the Senior Staff Association of Nigerian Universities in August.
guardian
Posted by MAN ABOUT TOWN at 8:29 PM