The Senate on Thursday rejected the report by its Committee on Finance in which the N143.7bn budget of the Federal Inland Revenue Service was approved.

The lawmakers, while debating the recommendation of the committee during the day’s plenary, criticised the report as lacking details. 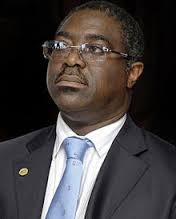 While some senators said it was fraught with ambiguities, others pointed out duplication of projects in the proposed budget of the FIRS.


Some of the duplicated projects as noted by the lawmakers include the N586m budgeted for refreshment and meals; N350m for “hire of hall, accommodation and events;” N681m for welfare packages; N200m for sporting activities; and N150m for honorarium.

A sum of N2.5bn was budgeted for tax audit investigation and monitoring, while another N500bn was appropriated for tax investigation; N170m for maintenance of plants and generators; N750m was set aside for generator fuel; N700m for motor vehicle fuel; and N1.45bn for general fuel and lubricants.
The committee approved both the recurrent and capital expenditures as proposed by the FIRS.
The President of the Senate, Bukola Saraki, who presided over the plenary, asked the committee to work on the grey areas in its report and represent it in one week.
On the FIRS proposed budget, the report presented by the committee read in part, “The Federal Inland Revenue Service projected to collect tax revenues to the tune of N4.082tn in 2016. This comprises N484bn oil and N3.597tn non-oil revenues.
“The projected four per cent cost of collection on non-oil revenue is N143,904,640,000. The total projected available fund for the 2016 budget is N146,165,108,293, comprising four per cent cost of collection and N2,260,468,293 or 20 per cent of the 2015 operating surplus.”
The Chairman of the committee, Senator John Enoh, while presenting the report to the chamber, recalled that the Senate had on July 21 considered the request of President Muhammadu Buhari on the 2016 budget of the FIRS and referred same to the committee for further legislative action.

On the performance of the 2015 budget of the FIRS, the report stated that the National Assembly’s joint Committees on Finance approved a revenue projection of N436tn, comprising N1.74tn oil revenue and N262tn non-oil revenue.

The joint committees also projected the four per cent cost of collection of non-oil revenue by the FIRS to be N104,723,880,000.

The committee further observed, “The total personnel costs are for salaries, wages, allowances, performance bonuses and social contributions. The 8,000 members of staff are proposed to be on the payroll during the 2016 financial year, which accounts for the increase of 19 per cent above the actual staff strength of 6,748. The projection presumes a recruitment of new staff members in 2016.

“The overhead cost is very vital in driving the achievement of the FIRS’ core objectives of tax revenue generation. The provisions in the 2016 budget give more emphasis on availability of office materials, training, consulting and professional services, and publicity.

The committee recommended that a total expenditure of N143,722,430,526 be approved for the FIRS, which the Senate rejected.