How Debt To IBB Is Preventing Mohammed Indimi From Rescuing Daughter, Rahama From Persecutions By Mohammed Babangida In Collapsed Marriage Crisis

Bliss soured under the roof of Mohammed Babangida and his wife, Rahma, in unexpected hours. 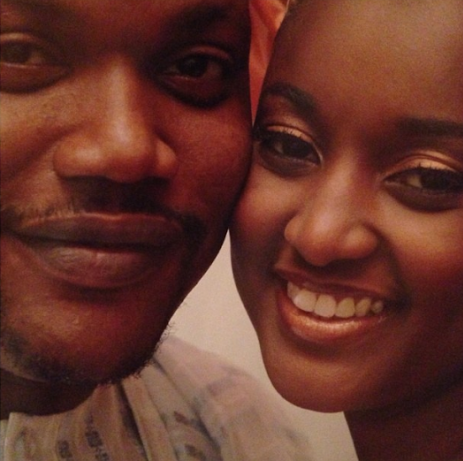 Then rancour sowed wild oats and harvested discord like yam tubers. All is not well in the home of the scion of Nigeria’s former military dictator, Ibrahim Babangida.


Since his marriage with Rahma hit the rocks, he has known no peace. Recently, his estranged wife, who is also the daughter of billionaire magnate, Mohammed Indimi, wrote a petition against Mohammed and sent it to President Muhammadu Buhari, the National Assembly Inspector General of Police (IGP), Director DSS, the Sultan of Sokoto, Supreme Council of Sharia in Nigeria, National Human Rights Commission and the President, Nigerian Bar Association.

In the petition, 9th November and signed by the former Attorney General, Nasarawa State, Innocent Lagi, Rahma alleged numerous acts of arbitrary abuse of power and privileges by Mohammed. She accused him of using the Nigerian police to harass her and threatening judges handling the issue of the custody of their infant children.

The petition, signed by Nasarawa Attorney-General reads thus: “On the 9th of November 2016, at about 3pm, our client believes that Mohammed Badamasi Babangida attempted as he had done previously to forcefully abduct our client’s children using the offers of the Nigerian Police force from their school at Katampe Abuja. The policemen involved are Sunday Ubua who provided his phone No. as 08033129778 and Musa Maji with Police identification No. 158593.”

At the intervention of several relatives, Mohammed reportedly returned the four kids to her in June 2016. Consequently, Rahma filed a suit which is still pending at an Abuja Area Court for the custody of the four children as provided under Islamic law. Promptly, Mohammed countered her by also filing a suit at an Upper Sharia Court in Minna seeking the custody of the kids.


But while the impasse aggravated between the duo, Rahma claimed she had to seek the protection of the Nigeria Police to protect her from harassment by her estranged husband.

When the going was good…
It would be recalled that Mohammed and Rahma got married in an epic wedding ceremony in the wake of an enviable and surreal courtship. So sizzling was their romance that Mohammed was ready to do anything to impress Rahma and make her his bride. As an expression of his love for her, Mohammed invited ace American R&B artiste, Joe, to perform at their star-studded and high octane celebrity wedding. Predictably, Rahma was speechless and overwhelmed by Mohammed’s expensive display of love; she never imagined that he would invite Joe to perform at their wedding ceremony. Joe was her favourite artiste thus her groom’s action meant everything to her.

Bliss is overrated
However, few months into their marriage, bliss developed wings and vanished into thin air. Love took a long vacation and discord erected a massive duplex in their abode. Eventually, the couple separated after a protracted marital crisis. Although the sordid details of their relationship was an open secret in high society circles, Mohammed, his family and friends tried to keep the news as a closely guarded secret.


While Rahma struggled to come to terms with her untimely separation from Mohammed, the latter rediscovered joy in the arms of his first love, Umma. Thus leaving Rahma stuck with the pain and intrigues of their separation.

No doubt, Mohammed’s first marriage to Rahma was ravaged and broken by upheavals and despite hopes that he and his second wife, Umma, would survive the rigours and intrigues of celebrity marriage, they lost that loving feeling and the magic that imbues marriage with bliss.


Findings revealed that Umma was the first woman Mohammed ever fell in love with. Though he would later get married to Rahma, he didn’t stop thinking of Umma and how blissful his life would be, had he married her.

Thus when Mohammed announced, four years into his marriage with Rahma, that he would be taking a second wife, it was hardly surprising to his family and friends who knew he still held a torch for his first love, Umma. Mohammed’s decision was duly supported by his superrich family whose vast wealth and contacts had earned them a pride of place among the world’s privileged aristocrats. Being the heir apparent to the Babangida dynasty, the family left no stone unturned to ensure that the marriage was a grand affair. Thus Mohammed deserted his first wife and got married to his first love.

Why Rahma’s father cannot save his daughter’s marriage
While things fell apart between Mohammed and Rahma, the latter’s father, Mohammed Indimi, could not intervene. And as the ugly squabble over child custody rights manifested between the estranged couple, the billionaire magnate could not come to the rescue of his embattled daughter because of the debt he owes Mohammed’s father, General Babangida (rtd).

It is an open secret that Babangida was instrumental to Indimi’s ascension to rich upper class. Indimi allegedly profited off opportunities given him by Babangida to make money while the latter served as Nigeria’s military dictator. Babangida’s generosity to him thus prevents him from rising to the defense of his dear daughter; even in Rahma’s darkest moments, Indimi watched helplessly from the sidelines, praying silently that the excruciating cup of bitterness passed by his daughter.

But prayers may never be enough to rescue Rahma from the bitterness and strife of her broken marriage to Mohammed Babangida; the billionaire magnate may need to take action very soon child custody crisis deepens between his daughter and her estranged husband

thecapital
Posted by MAN ABOUT TOWN at 3:31 AM