‘’ We Will Contest And Win This Election’’ Factional Ondo Guber Candidate Eyitayo Jegede Declares Even As Inec Refuses To Recognise Him, Court Of Appeals Suspends Case Indefinitely

Factional candidate of the Peoples Democratic Party (PDP) Eyitayo Jegede at the weekend gave his supporters hope that he will still contest the election. 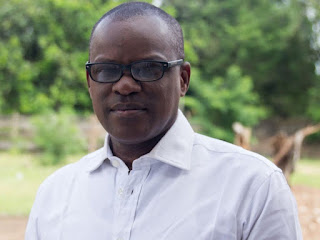 Jegede spoke at a reception organised for him by PDP supporters in Akure, the state capital, after returning from Abuja.

The former Attorney-General and Commissioner for Justice had been in Abuja with his legal team battling to resolve the replacement of his name by the Independent National Electoral Commission (INEC) with Jimoh Ibrahim.

Jegede’s appeal is still pending at the Abuja Court of Appeal, which has adjourned its sitting on the case indefinitely.

Jegede belongs to the Ahmed Markarfi faction.  Ibrahim is of the Ali Modu Sheriff camp.


The embattled PDP chieftain said he is sure he would contest and win the election after getting justice from the appellate court.

His words: “Mark my words, we will contest and win this election.

“Let me tell you, this is not about Eyitayo Jegede alone, it is about the people of Ondo State.

“I’m in this business to reclaim my mandate and I’m serious about it.”

The lawyer dismissed the rumour that his supporters had moved to other parties.

He noted that his supporters across the 18 local governments were still with him, adding that the  love  shown to him has never been shown to any candidate before.

He said: “I do not know of any candidate who will have a market in the state capital shut down because of him.

“This present distraction will soon be over and your man, your brother, your son, Eyitayo Jegede will contest and win the election.

“Keep on praying, keep on trusting God and by God’s grace we will triumph and we shall be victorious.“


Thenation
Posted by MAN ABOUT TOWN at 11:38 PM