The police in Abeokuta on Tuesday dragged Chief Abiodun Ajayi, the Balogun of Ijemo in Abeokuta South Council Area, to an Abeokuta Magistrates’ Court over alleged fraud. 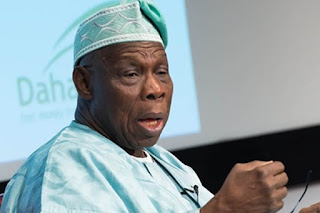 Ajayi was accused of allegedly defrauding Alarab Properties, a subsidiary of Obasanjo Holdings Ltd. of the sum of N105m.
He was arraigned on three counts bordering on forgery, fraud and stealing.
The prosecutor, Sunday Eigbejiale, said the accused fraudulently forged the Sidipon Community Power of Attorney and fraudulently used same to obtain the sum of N105m from Alarab Properties.
He said the offences were committed in a transaction involving the sale of 67acres of land at the Sidipon Village.
The charge reads in part: “That you Salimon Abiodun Ajayi, between 2007 and 2012, with intent to defraud, did obtain the sum of N105m, property of Alarab Properties, a subsidiary of Obasanjo Holdings Limited, with the pretext that you are in position to sell 67acres of land to Alarab Properties and thereby committed an offence contrary to and punishable under Section 419 of Ogun State 2004”.
Ajayi who is also a petroleum products dealer, however, pleaded not guilty to the charges.
His counsel, Mr Akolade Afolabi, urged the court to admit his client to bail in line with constitutional provision, since the offence attract no capital punishment.
Citing Section 36(5) of Nigerian constitution, Afolabi argued that an accused is presumed innocent until proven guilty.
Ruling on the bail application, Magistrate Oriyomi Sofowora, granted the accused bail in the sum N250, 000 with two sureties in like sum.
Sofowora adjourned the case till Dec. 20.