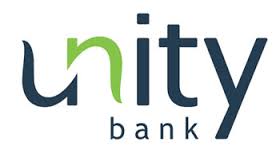 It was learnt that policemen at the scene fled from the firepower of the robbers, who operated in the town for over an hour.

During the attack, the manager and a cashier of Heritage Bank, a security man at Unity Bank and a guard of the town’s monarch, Oba Adedapo Popoola, were killed.

Our correspondent gathered that the security man was to get married in two weeks before he met his untimely death.

The Oore of Otun, Oba Popoola, said the attack came like a war on the community with gunshots and explosives going off all over the town.

“I was relaxing with my chiefs in front of the palace around 6pm on Thursday when we heard what first sounded like some fireworks and we dismissed it as some of the children’s antics as a result of the festive period. But later, we heard louder sounds that resembled gunshots and explosives. That was when we realised it was no child’s play.

“I couldn’t situate the incident as we ruminated whether it was a robbery, Boko Haram attack or some kind of war happening. We later learnt that the robbers mounted their men at the four entrances into the town, the roundabout at Orimope Road, front of the Moba Local Government secretariat, front of my palace and front of the Technical College along the road to Kwara.

“By the time the sporadic shooting stopped, the four victims had been gunned down.

The king said he quickly contacted Governor Ayodele Fayose, who immediately mobilised security agencies to the town, but the robbers had left before their arrival.

The monarch narrated that the incident was the first ever in the town, adding that Otun was prone to such attacks because it is a border town with Kogi, Osun, and Kwara states.

“ The border towns and local government areas should be given adequate security so that this incident does not happen again. Government should put more efforts in the protection of lives and property,” he said.

A resident of the town told reporters that the king’s guard was shot in the groin area while trying to lock the gate.

“Even policemen fled. We saw a police sergeant running faster than others during the attack. The one wife of the guard killed at Unity Bank is pregnant. We also learnt that the bank manager resumed just 20 minutes before the robbers attacked.”

He said that the police had deposited the remains of the victims at the Usi-Ekiti General Hospital, adding that investigation was ongoing


thenation
Posted by MAN ABOUT TOWN at 6:11 PM