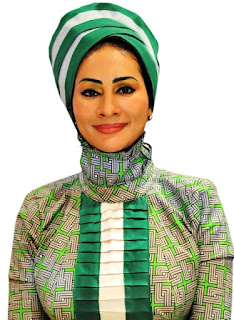 The DG has been asked to handover the affairs of NTDC to the next most senior officer.


The removal of the DG was contained in a November 27, 2016 letter which was signed by the Secretary to the Government of the Federation, Engr. Babachir David Lawal.
The letter was titled “Notification of de-secondment from the Nigeria Tourism Development Corporation (NTDC).
Following the ouster of the NTDC’s former DG, Otunba Olusegun Runsewe, from the corporation, Mbanefo was appointed by the machinations of Edem Duke, Minister of Culture, Tourism and National Orientation; The Capital findings revealed that Duke fast-tracked Mbanefo’s appointment because of the very cordial relationship they shared at the period and the persistent pressure exerted on him by a mutual friend they shared, Anyim Pius Anyim, Secretary to the Government of the Federation.
However, no sooner than Mbanefo assumed office than she exhausted the goodwill and confidence that the Minister reposed in her. She failed to meet set targets and she never fulfilled any of the promises she made. Eight weeks into her appointment, Mbanefo was uncomfortably quiet which kept the public doubting her ability to fit into her new role.
Her deceitfulness and disloyalty torn her relationship with Duke apart. They currently don’t see eye to eye even though they used to be very close; in the past, they travelled together and did a lot of deals together. Mbanefo has over time been linked to several scandals. She disgraced herself recently in Brazil when she chewed up evidence of financial misappropriation by her; a petition was leveled against her by AUPCTRE for gross official misconduct. The petitioners, ignoring her desperate attempts to bribe them, seek her removal as Director-General of the NTDC citing her fraudulent practices as reasons.
Consequently, Mbanefo was at the Independent Corrupt Practices Commission (ICPC) recently in Abuja to defend the allegations leveled against her. The EFCC is also investigating her for diverting an undisclosed amount of money meant for the sponsorship of a proposed Nigerian Fans’ village in Brazil. It was gathered that she asked for the Memorandum of Understanding (MOU) between her and Za Entertainment, the contractor for the project, tore it up and began to chew the paper. Her attempt to swallow the MOU however, led to a physical struggle between her and President of Za Entertainment, Azania Omo-Agege, who held her tightly, forcing the papers out of her mouth.