Abuja based moneybag and founder of UTM Group, Julius Rone has covered his face with both hands as his plot against a top staff of the Nigeria Petroleum Corporation (NNPC) has backfired.

According to information gathered by yemojanewsng.com, Julius Rone drew a battle line between himself and the former Managing Director of Petroleum Product Marketing Company (PPMC), Mrs  Esther Nnamdi Ogbue  when the later refused to engage in several corrupt propositions.
We were told that Julius Rone is very close to the Minister of state for Petroleum, Dr Ibe Kachukwu and always influence who got what is the corruption ridden corporation. And as the former PPMC boss refused to play ball with Rone, he decided to use some insiders who are his collaborators to concoct several allegation against the no nonsense woman. 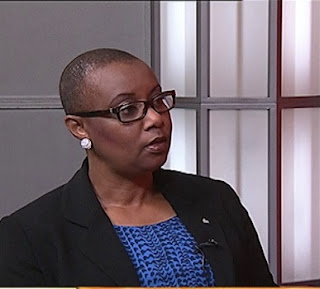 With his closeness to Kachukwu, Rone reportedly put pressure that Esther Nnamdi Ogbue be sack, but as most of the allegations were watery and could not justify sack, Ibe Kachukwu eventually yielded to pressure by removing her from PPMC and re assigning her as Manager Retail Service of the NNPC.
Source in the industry however informed us that Mrs Ogbue’s new portfolio has even made her more powerful as she is being courted on a daily basis by many top businessmen and politicians. Ogbue controls all 37 Mega stations in the country, 12 floating Mega Stations and over 500 affiliates.
“Mrs Ogbue is more fulfilled where she is now, and has became the darling of businessmen who are into sales of petroleum products. The likes of Julius Rone who plotted her removal from PPMC  didn’t know she she will make it big time in her new position. She has brought a lot of innovations and energy into Retail Service of NNPC. She is a star here and still soaring higher.” Our source  stated.
Meanwhile, source say Julius Rone is not happy that Mrs Ogbue is doing well and told some friends that he is not done with his plans to frustrate the woman out of the corporation completely.

yemojanews
Posted by MAN ABOUT TOWN at 1:42 AM