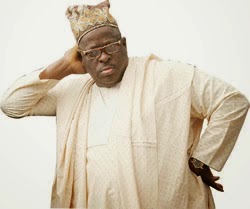 
.
Here are details as sourced.

'Kashamu will definitely understand the import of this statement; as you read, the din of subtleties and guilty pleasures he once held dear, have sudden begun to sound shrill and menacing to him. Kashamu Buruji may not be cowed but he is definitively very sad. That what the top financier of the ruling party PDP in Ogun state , is going through as you read, shows the depth of his disenchantment with politics and his purportedly charmed life. His disillusionment according to sources very close to him has to do with the challenges he has been facing in recent times.

His case on narcotics peddling came up again in the United States, where a judge ruled that he must face prosecution. According TheCable, “Chieftain of the Peoples Democratic Party (PDP), Alhaji Buruji
Kashamu, has failed in his bid to stop the US government from prosecuting him for allegedly attempting to import heroin into the country 16 years ago. The United States Court of Appeals for the Seventh Circuit on
Monday denied the chairman of PDP mobilisation and organisation committee, an “order of mandamus” he filed on August 18, 2014 to stop his trial.

Kashamu is believed to be planning to contest for the governorship of Ogun state in 2015, although he has disowned the campaign posters bearing his image. In denying his petition for writ of mandamus to the Northern District of Illinois, Eastern Division in case No. 94 CR 172-15, the American court said Kashamu has two possible avenues of relief. It said:

“One is to return to the United States to stand trial, and at trial (or in pretrial proceedings) renew his motion for dismissal on the basis of the speedy-trial clause; were the motion denied and he convicted, he could challenge the dismissal on appeal. His other possible recourse is to obtain from us, as he is trying to do, a writ of mandamus ordering the district court to dismiss the indictment. “As he won’t risk the first path to relief, which would require him to come to the United States and fall into the clutches of the federal judiciary, he must rely entirely on mandamus.

In opposing the petition for mandamus the Justice Department tells us that ‘the prospects for extradition [from Nigeria] have recently improved and, as a result, the government is optimistic about extraditing Kashamu.’ The implication is that Kashamu’s motion to dismiss the indictment against him is premature, as he may soon find himself in the district court in Chicago, able to present a fuller case that his right to a speedy trial is being violated‎.”

The court expressed doubts that the extradition from Nigeria would ever take place, making reference to a similar failed bid when Kashamu was arrested and later freed in the UK. The court also noted “Kashamu’s prominence in Nigerian business and government circles” and consistently mentioned his membership of the ruling party in Nigeria as a likely obstacle to his extradition. “Kashamu remains in Nigeria, living openly, a prominent businessman and a politician belonging to the ruling party. Although the United States has an extradition treaty with Nigeria, our government has made no effort to extradite him,” the court said. In May 1998, Kashamu was charged in an indictment returned by a federal grand jury in Chicago, along with thirteen other persons, with conspiracy to import heroin into the United States and distribute it. If found guilty, he could be jailed for life, according to the appeal judge, Charles R. Norgle”.' 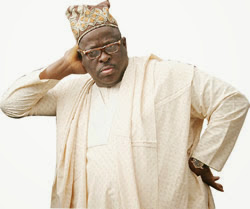