This is the inside story of his death
as reported by eagleonline.

Olowude died on Saturday, a highly placed source within the company in Lagos told The Eagle Online.

He was said to have passed on in the United States of America.

'Olowude was said to have been in coma since the beginning of last week.

He had been sick for years.

He had been in the United States of America for over two years for treatment.

A short profile of Olowude on the website of IGI Plc reads: “The Executive Vice-Chairman and Chief Executive Officer of IGI, he has a very rich inter-disciplinary background.

“He is also an Associate of the Chartered Insurance Institute of London.

“A self-motivated achiever, Mr. Olowude has deployed his multi-disciplinary background, professionalism and vision to build a conglomerate with interests in various sectors of the Nigerian Economy.

“He has a total of 28 years cognate experience in Insurance Management.” 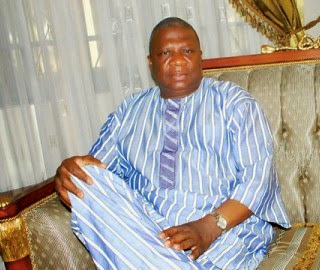