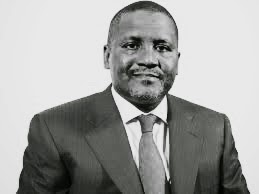 'During a tour of a $400 million dollar cement plant being built in Ndola, near Lusaka, by the Zambian unit of Dangote Industries,  Zambian Labour Minister, Fackson Shamenda narrated how an unnamed Nigerian official of the company attempted to bribe him at a hotel days ago.

Shamenda said that he had critical labour issues to sort out with the company and did not want to be compromised. “He (DIZ official) told me that it was a tradition in their culture to give someone a token of appreciation. Maybe his idea was that I turn a blind eye to what is happening at Dangote,” Shamenda said.

Shamenda also advised DIZ to offer workers at the company permanent employment and allow them to join unions. “There is no union and according to the reports I have received those who have attempted to join unions have had their contracts terminated,” Shamenda said.

Shamenda explained that many of Dangote workers have their appointments terminated in the last one year and those who still remain in the employment of the company are on a temporary basis.

'Meanwhile, Dangote Industries Zambia has described the allegations as “malicious misinformation”. “For the record, DIZ categorically deny any claims of corruption and bribery and reserve our rights on this matter,” it said in a statement.

DIZ said in its statement that Shamenda had made four surprise visits to the cement plant in the last four months, prompting the company to complain about his conduct as it felt that the minister was deliberately looking for wrongdoing. “DIZ was beginning to feel harassed and unwelcome in Zambia and immediately brought this to the attention of the Ministry of Commerce, Trade and Industry,” it said in the statement.

The last few days have placed the Dangotes in the eye of the storm. Only a week ago a federal high court in Lagos freezed 20 different bank accounts of Mr Sani Dangote and his companies, Dansa foods and Bulk pack services limited for his failure to pay a N5.2 billion loan gotten from Union bank. In its lawsuit, Union Bank alleged that, in a bid to evade payment, Mr. Dangote had been making frantic efforts to deplete the funds in the accounts of his companies. The lawsuit also alleged that the defendants had started diverting funds to Dubai in the United Arab Emirates (UAE), Canada, and Switzerland. And just as this issue is still making the rounds another one bothering on bribery cropped up.' 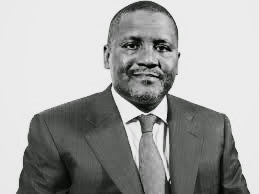