According to recent report there is grave cause for concern over the health of powerful politician' Asiwaju Bola Tinubu.

Details of the development are reproduced as source.

'There is a growing fear and confusion over the state of health of political leader, Asiwaju Bola Ahmed Tinubu.

The former governor of Lagos state and chieftain of opposition party, All Progressives Congress is currently abroad on health reasons.

But guarded information indicate he was taken abroad to manage deteriorating health.

'Said to in a medical facility situated in the United States of America, news filtering out about the health situation of the powerful politician is said to have sent some of his followers and supporters in prayer and fasting mode for a return of good health.

He is alleged to be undergoing 'intensive care' after one or two relapsed situations.

The situation is said to be giving many whose fate hang on his decision great cause for concern.

The powerful politician and wealthy nigerian is credited with final say on who becomes what in the political circles of the southwest states his party controls- particularly Lagos state.

He is the stabilising figure in a very intricate and complex socio political setting.

It is feared convoluted acrimony looms if his health ebbs to a stage he finds it hard to assert his will.

As usually the case in situations that chip at the larger than life image of their principal, close aides refuse to divulge details of the situation, while passionate followers wish it away as 'just the usual rumour'.

However it is instructive to note that talks of grave ill health and related scenerio have dogged the celebrity political figure for a while.' 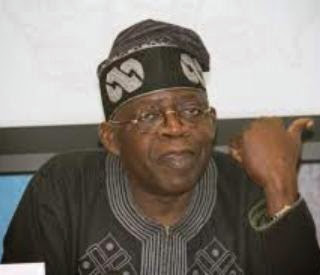