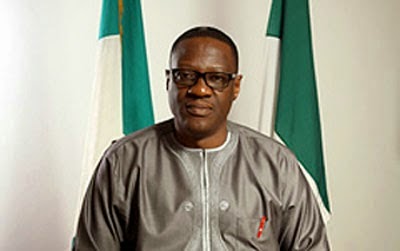 There is a looming political battle in Kwara state.

And this upcoming fight may shake the state more than any before it.

This is how thecapital captures the unfolding scenerio.

'The All Progressives’ Congress, APC, in Kwara State is threading on tinderbox. Only a methodical approach to the multifaceted issues would save the party from imploding. The reason for this is common knowledge even among the elite and the hoi polloi. Essentially, the issue of who flies the party’s flag in the 2015 governorship elections seems to have polarized the people and the party. According to sources in Kwara, Senator Bukola Saraki who seamlessly stepped into his late father’s shoes as Godfather of Kwara politics after serving a two-term governorship is bent on his resolve that his successor, the incumbent Governor Abdulfattah Ahmed, would serve only one term. This is the gentlemen’s agreement both reportedly reached before Saraki drafted him from his position as the State’s Commissioner of Finance into the governorship race, which he, of course, won. Abdufattah has now tasted power and doesn’t want to let go while Saraki seems to be getting more intimidated by his rising profile by the day.

Hence, Saraki is reportedly wooing Alhaji Kawu Baraje, a former acting chairman of the People’s Democratic Party, PDP, who led the party’s splinter group that merged with other parties to form the APC. Saraki’s other option is the immediate past and hugely successful Minister of Sports, Bolaji Abdulahi. While the younger elements in the party loyal to Saraki’s thought process prefer Bolaji because of his suave youthfulness and vibrancy, the older elements seem more comfortable with one of their own, Baraje. But that is not exactly Saraki’s major headache.

'His major headache now, as feelers posit, is how to wrest the party’s flag from Governor Ahmed who is supposed to get it automatically. It’s a huge task, no doubt. In the last couple of months, several associations and prominent indigenes have endorsed Abdulfattah for a second term in office while he maintains an enviably chummy relationship with students especially those of Kwara State origin. Those close to Saraki are impressing it on him to let the governor run for a second term because of his loyalty and achievements in office, majorly, paying off all the debts Saraki incurred while in office which largely impeded the current administration’s developmental strides. Aside this, Abdulfattah is deemed to be very subservient to Saraki in too many ways yet, the latter is far too gone in his mission to see anything good in him as it were.

A case in point is the recent 50th birthday ceremony of Toyin Saraki funded by the state government. Toyin and the current First Lady, Omolewa Ahmed are not the best of friends, yet, the Governor went out of his way to satisfy the Sarakis.

However, Saraki seems to be past caring as he has reportedly told a few of his aides that removing Abdulfattah and installing the next governor is not only what he wishes, he believes that it would be a strong testament of his strong hold on Kwara State politics.

He might have another think coming as Abdulfattah is not losing sleep over whatever the decision his former boss makes as regards the 2015 elections. Already, the gangling former banker has been covertly romancing the PDP. He was reportedly even one of the first set of guests the new chairman of PDP, Alhaji Adamu Muazu received after his election. Barely one year out of the PDP, the governor still has relevant contacts within the PDP and if push comes to shove, he might officially defect. The major check in this move is the House of Assembly controlled by Saraki’s boys.

'Either way, Abdulfattah remains the beautiful bride. And he fully understands this, and the fact that calmness is the cradle of power, which is why he has been silently watching the unfolding scenario. More so, he is already sitting pretty on a N35billion bond the state just got which political observers said was not meant for developing the state but for his reelection.' 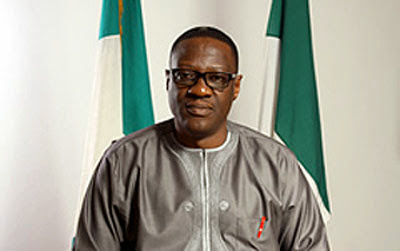