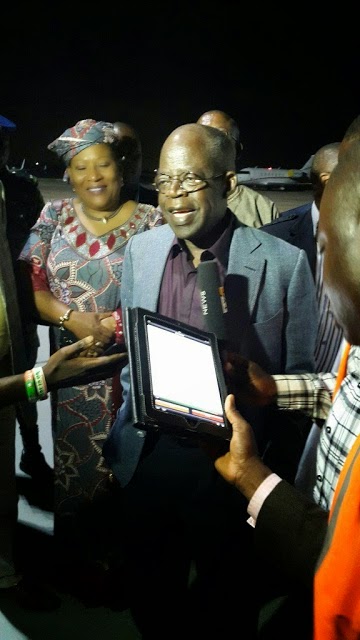 He returns less then 24hrs after our report on his assertion that 'he will return soon'.

Here are details of his arrival.

'National leader of the All Progressives Congress (APC), Asiwaju Bola Tinubu, finally returned to Nigeria on Thursday evening after weeks of speculation over his health.
His plane touched down at exactly 9:47pm at the Execujet hanger, Murtala Muhammed International Airport, Lagos.

“I’m alive and well,” he told reporters on his arrival.

“I am as fit as a fiddle. There was nothing wrong with me. I never needed Panadol, except when I visited my friend, the dentist. It’s very shocking and disheartening. I planned this vacation long ago.”
He left the country early August, first going to the US before heading for UK.
In the meantime, rumours were circulating that he was in coma and could no longer recognise his family members.

There were also wild rumours on the social media that he had died on Tuesday night.
But TheCable reported on Monday that he would return to Nigeria this week, although the former governor of Lagos state moved his arrival from Tuesday to Thursday as a result of a series of business meetings, sources said.' 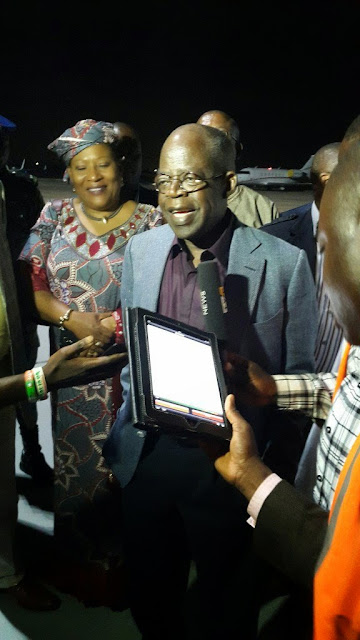