Indicted Politician,Kashamu Buruji Briefly Steps Out Of The Shadow Of Re- Affirmed Fugitive Status To Welcome Heyden Helmsman Dapo Abioudn,Fatai Sowemimo Others To PDP. 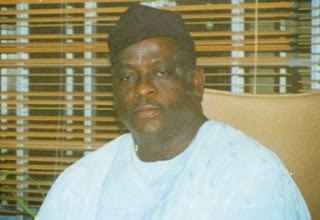 Kashamu Buruji, the socialite and top player in President Goodluck Jonathan's ruling People's Democratic has refused to let his reaffirmed international fugitive status by a United States of America court intervene with his politicking.


Just days after the media was awash with details of the revalidated drug charge prosecution against, Mr Buruji played a huge role in welcoming defectors from other political parties such as Heyden Petroleum boss, Dapo Abiodun, Ex Commissioner Fatai Sowemimo and others into the PDP.

Hereare the details as sourced from societynowng.com