Allegations of attempts to cover up the real cause of the collapsed 2 storey housing belonging to synagogue church of all nation- and housing guests of the prophet T.B Joshua led ministry from far and near are afoot.

Overly aggressive church security are said to have barred rescue workers- and even driven off those who made it to the state. Including all those deemed not ' a part of the church'.

Here is a reproduction of trendng details of this development.

'Speaking to SaharaReporters today, a source from the Nigerian National Emergency Management Agency (NEMA) said that they have withdrawn from the scene of the Synagogue Church of All Nations in Ikotun, Lagos.

Reasons for the "barbaric" behavior were unknown, but some speculated that the church may have been trying to cover up the real cause of the collapse. Others alleged Ebola virus disease patients were being kept there.' 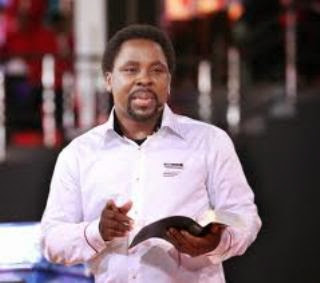