The marriage of Tony Anenih Jr and Esosa is at an edge.

And this is thanks to husband's affection for a third party, Linda- the ex wife society buff Dean Priddy.

Here are the details as sourced from thecapital.

Many a man in love with a dimple makes the mistake of marrying the whole girl, said Stephen Leacock, late British-born Canadian writer and economist. Leacock’s words unarguably strike a sore point in the life of Tony Anenih Jnr, the son of Chief Tony Anenih. The famous dude has rediscovered his joy in the ruins of his marriage to Esosa. He is in the best of mood at the moment and that is because of Linda Priddy, the former wife of Dean Priddy. The affair has been causing Tony’s wife, Esosa  a lot of grief. Irked by her husband’s continued romance with the Linda, she reportedly tried to reclaim him from Linda’s grip, but all her efforts proved to be futile. Esosa has literally become like the languid breeze blowing listlessly across shrivelling meadows. So sad!  Notwithstanding, Tony has reportedly informed his family and close friends that he will never let go of Linda whom he claims to be genuinely in love with. Interestingly, however,  Linda looks like the love thoughts of suitors wooing the belle of the realm but she really trumps the fairest love thought. That is why she is the object of affection and focus of attention of Tony. They are much in love 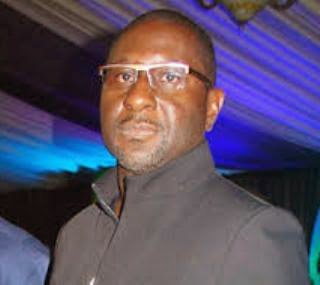