Actress Lizzy Anjorin Holds Traditional Wedding..Here Is When The ‘’White’’ Version Is Scheduled For 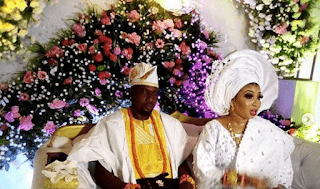 The Yoruba movie star
tied the knot with her heartrob at a private ceremony attended by few friends and family members.

The white wedding is reportedly scheduled for Saturday, July 18th.

The news of her wedding, however, came as a huge shock to many of her fans who never saw it coming.

The mother of one had once opened up in an interview on her marriage plans and the type of man she needs.