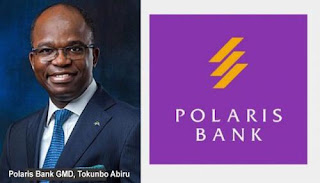 Polaris is arguably Nigeria’s foremost bank when it comes to issues of controversy and misunderstanding. Born from the death Skye Bank, the phoenix Polaris has
climbed into the elite ranks of outstanding Nigerian banks and won itself a formidable reputation. Now, the cost of that status has ghosted into public debate and discussion.

One can only employ a heavy heart and tongue in alleging the Polaris Bank is in debt—but that seems to be the case. According to reports on this front, the debts that were incurred by Skye Bank—and largely assumed to have been thrown off by Polaris—have risen from their crypts to take a bite of Polaris’ reputation. This is the length and breadth of the matter involving the defunct Skye Bank, Polaris, Central Bank of Nigeria (CBN) and a bailout of ₦789 billion.

Recall that in the eve of Skye Bank’s demise, ₦100 billion was reportedly used to birth and empower Polaris Bank from the rubble. That was in 2016. Two years down the line (2018), CBN was allegedly displeased with the operations of the Polaris Bank management board it had established in 2016.

Thus, CBN reportedly invested a whopping ₦689 billion in the bank, evidently convinced of the abilities of the new management.

Is Polaris Bank expected to pay back the cumulative debt of ₦789 billion? Naturally. When? Within the space of 2 years. Which means that Polaris was expected to reimburse CBN of the ₦789 billion in 2020.

In March the 1st, 2020, CBN gave a “one-year moratorium on all principal repayments”, stating that “effective March 1, 2020…any intervention loan currently under moratorium are hereby granted additional period of one year.” In short, this means that the management of Polaris has been gifted an extra 365 days to knock out its debt of ₦789 billion.

Of course, Polaris Bank has not been lying on its back all this time. In January of 2020, the bank won the Best Deposit Money Bank (DMB) in Consumer Protection award by the CBN. Like other thriving banks, Polaris is also making waves in the adoption of technological and digital innovations in its banking operations.

If its suave banking operations are not enough to entice investors, its auspicious relationship with CBN should. Who will eye the carrot? Who will save Polaris Bank from debt?

thelagostimes
Posted by MAN ABOUT TOWN at 3:11 PM