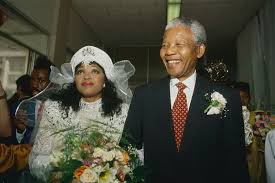 State broadcaster SABC said the 59-year-old, who was serving as South Africa's ambassador to Denmark, died in a hospital in Johannesburg. It did not say why she had died.
"This is untimely. She still had a role to play in the transformation of our own society and a bigger role to play even in the African National Congress," said ANC spokesman Pule Mabe.
Reuters
Posted by MAN ABOUT TOWN at 3:58 AM