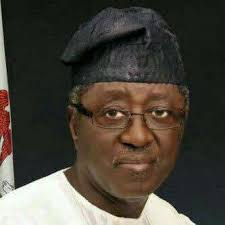 The Plateau State High Court, Jos, on Wednesday adjourned the case of fraud, involving former Plateau State governor, Senator Jonah David Jang and a former cashier in the Office of the Secretary to the State Government (OSSG), Yusuf Pam till November 4 and 5, 2020.

The Economic and Financial Crimes Commission, EFCC is prosecuting the duo for alleged criminal breach of trust and misappropriation of Plateau State funds to the tune of N6.3 billion.

At Wednesday's sitting, prosecuting counsel,  O.D Mese informed the court that the lead counsel, Rotimi Jacobs SAN, agreed with Jang’s lead counsel, Mike Ozekhome SAN, for August 12 and 13, 2020 as adjournment dates,  given that the second day of continuation of the trial, Thursday, July 30, 2020 was declared public holiday by the Federal government.

Justice Dabup, however, chose  November 4 and 5, 2020 adjourned dates  for the continuation of the trial.

The EFCC re-arraigned Jang and Pam on February this year, following the re-assignment of the case to Justice Dabup by the state’s Chief Judge, Justice Yakubu Dakwak after the initial trial judge, Justice Daniel Longji, on his last sitting on the bench on December 29, 2019, dismissed the defendants’ no-case-submission, and held that they had a case to answer.

Jang and Pam were first arraigned in June 2018, on 17-count charges bordering  on misappropriation of funds, criminal breach of trust and taking corrupt advantages to the tune of N30,236,024,219.88 (Thirty Billion, Two Hundred and Thirty-Six Million, Twenty-Four Thousand, Two Hundred and Nineteen Naira, Eighty-Eight kobo), which contravened the provisions of sections 315, 309, 19 and 22(5) of the Penal Code Law and Corrupt Practices Act 2004, (as amended).