Kim Kardashian Is Not A Billionaire According To Forbes 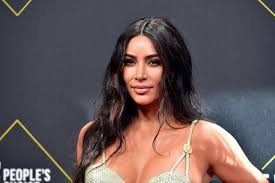 Forbes has refuted claims that Kim Kardashian is a billionaire after multinational beauty company Coty acquired a 20 per cent stake in her KKW Beauty for $200 million.

According to Forbes, the 39-year-old reality star isn’t actually a billionaire yet but she is worth about $900million after inking the deal.

This is coming two days after Kanye West had celebrated his wife’s billionaire status on his Twitter page.

“I am so proud of my beautiful wife Kim Kardashian West for officially becoming a billionaire. You’ve weathered the craziest storms and now God is shining on you and our family. So blessed this is still life. So I made you this still life. We love you so much,” the rapper tweeted along with a found-art photo featuring a green tomato, a tomatillo, a cherry tomato, some lavender and other flowers, all arranged on the ground.

Now Forbes reports that the deal which is set to close in the third fiscal quarter of 2021 will leave majority owner Kim with a 72% stake but as her mother Kris Jenner owns 8% it has prevented her from attaining true billionaire status.

In May, Forbes stripped Kylie Jenner of her billionaire status after accusing her of having lied about her company’s figures and ‘forging’ tax returns in a story titled “Inside Kylie Jenner’s Web of Lies – And Why’s She’s No Longer a Billionaire”. Forbes had named Kylie, 22, the world’s youngest self-made billionaire in 2019 and again in 2020. The publication estimated that she is worth just under $900million.

Forbes spelt out the great lengths that the Kardashian-Jenners went to convince people of their wealth. It reports that the family invited “Forbes into their mansions and CPA’s offices, and even creating tax returns that were likely forged—reveals just how desperate some of the ultra-rich are to look even richer.”

GuardianLife
Posted by MAN ABOUT TOWN at 1:47 PM