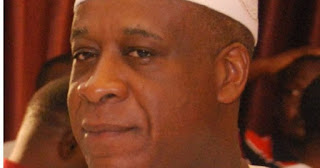 Details available to societynow.ng revealed that there is no going back in the move by new ki
ng Gbolahan Gbolahan Lawal to strip Aremo Segun Oniru and his siblings off major assets located in Iru land.

Societynow.ng gathered that the move is premised on claims that Aremo Oniru and other children of the late Oba Abiodun Onirun have taken over the joint properties of the ruling families – and residents – in Iruland for selves.

There are three ruling families in Iruland and many princes and princess.

Aremo Oniru who is a major political player in Lagos State – a former multiple term commissioner – is said to be fingered as the major beneficiary of the arrangement alleged perfected during the reign of his father and grandfather.

Late Oba Abiodun Oniru and his father ruled back to back and Aremo almost took over the throne but for the refusal of Asiwaju Bola Ahmed Tinubu, the shots caller in the affairs of Lagos State to back his ambition.

Societynow.ng learned that Aremo Oniru and his siblings are alleged to have taken over the properties of the ruling families, which ordinarily should be held in trust for the Kingdom by any reigning King, through outright sale or partnerships with investors in their names.

‘’In some cases land was provided for mega investments such as the popular International School in partnership arrangements that excluded Iruland but benefited them’’ Societynow.ng learned.

Insiders disclosed such arrangements are the subject of an investigation by the new Oniru in the efforts to recover the property of the Kingdom from the children of his predecessor.

Insiders disclosed that of particular interest is the expanse of land that housed the former Maroko.

‘’You know when the people of the slum were displaced in Government’s effort to develop the place a lot of them never got their land back. The family of the late Oba Abiodun was in charge at that time and it provided ample opportunity for them to reap bountifully from the process. That is part of what the new Oba is looking into because the displacement affected princes of the Kingdom who never got their properties back to date’’ Societynow.ng learned.

‘’And the move to recover the property properties allegedly concentrated in the hands of Aremo Adesegun and his siblings is a very popular one which has overshadowed misgivings about the emergence of Oba Gbolahan Lawal as the new Oniru, so from the kind of acceptance it is giving the new king there is no going back’’ societynow.ng learned.

Sources disclosed that Aremo Oniru did not help his cause when he allegedly stormed the palace of the new King with policemen last weekend over the fracas his younger brother, Tijani had with members of the task force in charge of assets recovery.

Insiders disclosed that those in support of the ‘’assets recovery’’ see the move by Aremo Oniru as an affront against their new king and the land.

‘’So this has further steel their resolve in support of the recovery of the assets alleged to have been taken over by Aremo and his siblings’’ societynow.ng learned.

Insiders disclosed that Oba Gbolahan Lawal also feels slighted by the ‘’invasion’’ of his palace by Aremo with policemen to arrest his officials.

‘’So, the King now needs to show he is indeed in control of things and not the children of his predecessor. The implication of this is that a supremacy war of a sort has been fueled’’ a source pointed out.

Insiders disclosed that added to these developments are ‘’underground support for the new King from those who want Aremo Oniru’s influence curtailed based on his perceived airs’’.

And these are people of influence in and out of Government societynow.ng learned.

Multiple sources affirm that based on this emerging scenario there is no going back on the move to strip Aremo Oniru and his siblings off assets established to belong to Iruland.

‘’The manner it would be done is dependent on how Aremo Oniru and his people fight back’’ societynow.ng learned.
Posted by MAN ABOUT TOWN at 2:18 AM