Senator Remi Tinubu has a public declaration to make. 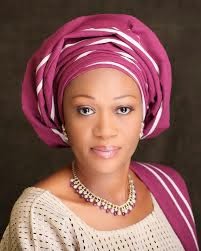 Senator Remi Tinubu has a public declaration to make.

Here are the details
Former first lady of Lagos state and wife of the current All Progressive Congress chairman Bola Tinubu, Senator Oluremi Tinubu has strong words for the administration of President Goodluck Jonathan and his party.

She decried the way the country has been led by the president as shameful.
She was talking to Sunday Punch and said that the PDP led administration had run the country in a shameful way, which had drawn ridicule from the global community.
She said: “It is the month of March. Here, we are ready for a change in the way this country is being run. Everyone on the side of change has to join the movement.
“For those who have yet to make up their minds, now is the time. And I say to the Peoples Democratic Party: Shame! Shame! Shame! Shame for the mess they have turned this country into.”