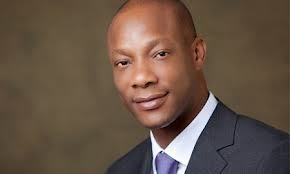 It’s a bauble after all; the enormous number of false conceits, Utopias, mystical explanations, suspicions, and megalomaniacal fantasies, are disappearing in contact with hard, cold reality. None of it is real, like the mock scepter of a Victorian court jester.

This is about none other but the forced recant of Segun Agbaje, Managing Director (MD), Guaranty Trust Bank and his frantic instruction to senior staff of GTB to cut down on frivolous expenses.

Consequently, Agbaje has issued a strict directive to curb wasteful and avoidable expenditure on projects that are not approved by him. As a result, senior staff of GTB bemoan the end of their frivolities; they can no longer embark on their frequent trips outside the country, as Agbaje has suggested “Skyping” as a substitute for their numerous trips abroad to attend business meetings. Agbaje also instructed that any expense on media and advertorials must be approved by him.  All is certainly not well with the banking sector