Banker and mascot of her place of work, Funmi Omitowoju has been declared wanted. 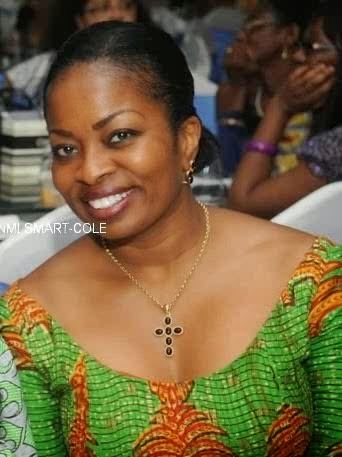 And this development comes on the heels of scampering underground over a N28million misappropriation of clients funds.

Funmi Omitowoju was enchanting to all and sundry perhaps until she got greedy with bank cash. Now, Funmi, the wondrous beauty whose extraordinariness made you forget her limitations, is on the run. As you read, the former head of operations, UBA Prestige Bank has been declared wanted by the police for fraud amounting to N28 million.

Something happened to Funmi no doubt, in the course of her charmed life. Something sinister, something creepy, which caused her to lose those enchanting traits and values that endeared her to friends, family and business associates alike.

At the moment, very few people know who or what incited such monstrosity in Funmi that made her throw caution to the wind in pursuit and misappropriation of other people's money. However, close friends of the former banking executive argue that it is too early to crucify Funmi as hardly anyone knows if she actually stole N28 million or if she did as proxy to some criminal mastermind. But no matter the depth of argument mustered in her defense by her friends, many more people are wondering why Funmi decided to abscond thus abandoning her work and home, like a fugitive.

Until her descent the steep slope of honour and acclaim, Funmi was held sway like an enchantress from a golden age in the nation's banking sector. The former head of operations, UBA Prestige Bank, the financial solutions provider for the bank’s up-market customers, was a successful career woman whose experience cut across various subsectors of Nigeria’s business sector. She has worked with MTN as general manager for its south west region and as deputy manager, marketing and corporate affairs; she also worked with AIICO Insurance among other blue chip companies. It is however, surprising that the mother of one would practically disappear into thin air leaving in her wake, a police declaration that she be caught and arrested at first sight, like a common criminal

thecapital
Posted by MAN ABOUT TOWN at 9:56 PM