As Retirement Draws Near, LafargeWAPCO Cement Chairman Olusegun Osunkeye Manoeuvres Company To Take Residency In One Of His Houses!

Has the date he bows out draws nearer, Olusegun Osunkeye  the Chairman of LafargeWapco just leveraged on inside information to reap bountifully. 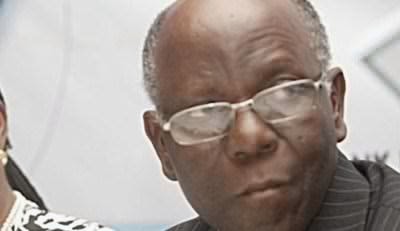 Though his gains are said to be having a repercussions on the company.

Money changes everything. It makes a prince out of a pitiful pauper and yet reduces a covetous princess below the rank of a palace slave. It is the cursed craving for it that benumbs reason; it is what drives many a business man to ask: “What good is the moon if you cannot buy or sell it?” Money, therefore, is never just money. It is always something more and something scary and it always has the last word in the lives of its victims.


As you read, Osunkeye has sunk his lust for money like fangs into the finances of the cement company. The Chairman of LafargeWAPCO has perfected plans to become the company’s landlord; due to the company’s need to expand in size, it is planning to relocate from its Alausa, Ikeja Elephant House to a bigger office complex in Oregun. But rather than let the company remain in its current location till the new office complex is completed, Osunkeye suggested that the company moves temporarily into one of his buildings in Ikoyi. So doing, Osunkeye reaped immense benefits by collecting rent fee from LafargeWAPCO Plc.


It is hardly astonishing though that the Chariman of LafargeWAPCO will go to such extreme length to get money off his own company. Speculations abound that he has become so desperate because the date of his retirement has drawn nearer although it is argued in certain quarters that his impending retirement has nothing to do with his recent scheme, its just who he is. But while this is going on, the cement company’s Elephant House in Alausa is fast losing its corporate tenants as news has reached them that the management also plans on selling the building for reasons best known to them.

 
Indeed, greed corrupts the heart of its victim and makes a tiresome predator of him; eventually, it makes a pitiful prey of him. Many a covetous fellow has been corrupted by wanton lust for money. In the haze of their yearnings, they fail to understand that money is only an instrument to be used, not a deity to be worshipped; same with material possessions too. But it takes a heart unsullied by greed and wanton lust for riches to understand this. Hence a brilliant mind might attest to this but the heart of a man addicted to lust and ruled by greed will rebel against such reason