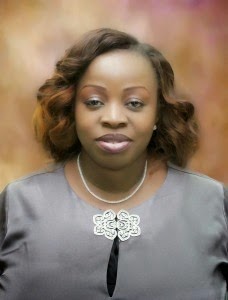 Folake Salami, an appointee of President Goodluck Jonathan and individual described as a favourite of the first lady, Dame Patience Jonathan is fingered as the architect of current major fraud rocking Nexim bank.

With the dwindling fate of the Nigerian economy and the financial ill wind affecting the nation’s revenue base, even with the well meaning efforts of the managers of the nation’s economy, much is still expected as these efforts have been subverted by in house detractors and self serving Nigerians, many who have been tasked with the responsibility of managing this same economy.

Recent revelations have continued to expose these self seeking appointees who hold the nation and many of its revenue generating institutions at the jugular. The Nigerian Export and Import Bank (NEXIM) is presently under this draconian siege laid by its Executive Director, Business Development, Mrs. Folake Itohan Salami who is on a mission to circumvent its fortunes for pecuniary gains.

Prior to her appointment at NEXIM, she has held several management and executive positions in banking and the private sector. Her meteoric fifteen years  of work experience cover Commercial,  Public Sector Banking, Mortgage Banking, Micro-finance lending and Multi-Purpose Corporative.

She worked with Nigeria Navy (NYSC), Union Bank Nigeria, Gulf Bank of Nigeria, First City Monument Bank, Federal Mortgage Bank (FCT Controller) and established a Multi Purpose Corporative Society cum bureau de change, where she served as Managing Director,  which was the basis for her employment as Executive Director in NEXIM as the act empowering its establishment stipulates that before one is appointed to such a position he/she must have held the position of Managing Director or atleast Executive Director in a financial institution. She has failed to adjudt to her new position in fhe society going by her sudden rise to stardom anchored on corruption and forgery.

Unfortunately,  her appointment as Executive Director which was occasioned by her ties with the wife of the president,  Dame patience Jonathan,  to whom she claims to be her first daughter, even as this claim is not devoid of its trail of scandals, which even led to a legal tussle of its own as she still owes one, Mrs. Regina Agwuda Ochube N 49,000,000.00 as link person to the presidency,   has become an albatross for the novel financial institution,  harvesting scandal after scandal.

Mrs. Folake Itohan Salami,  came into NEXIM with a set goal, to amass illicit wealth and power. This singular goal was so blinding that she could not hide her ambition and resultantly she even had to go as cheap as pay the Nigerian Television Authority (NTA), and other numerous media houses to announce her appointment as Managing Director instead of Executive Director as appointed, thus causing grave embarrassment to the bank’s corporate image.

When this plot did not work, Mrs. Salami in her malevolence,  decided to polarise the staff of the once unified establishment into factions. With those on her side and supporting her ambition to gain access to the bank’s cooking pot set against the loyal staff of the establishment,  thereby causing organisational incoherence.

The height of this insubordination came when she had in 2014 set out a budget of six million naira to ensure the corporate image built by the hardwork and dedication of the leadership of the institution is led to disrepute, she set out paying for media campaigns and hiring faceless and nefarious groups to bring into disrepute the good works of Robert Orya and his wonderful first tenure in office.

This involved money and phony inciting documents, which were judiciously served to the tune of three million with a pending balance to a coalition of civil societies and persons including but not restricted to Nigerian United Against Corruption (NUAC), Bash Ali and a certain Senior Executive of the Conference for Nigerian Political Parties (CNPP), one Mr. Willy Ezeugwu, who till date is engaged in a legal tussle with the bank.

This engagement like all others in her wake did not end well as the money promised the hatchet men was not delivered and has caused a hiatus which even caused the NUAC to write a petition stating these facts to the Central Bank of Nigeria.

This petition led to a panel of investigation to which these petitioners appeared and laid their complaints,  unfortunately this ended an exercise in futility as it has been suppressed by powers claiming to have come from above. Sources within the establishment have revealed that the petitioners were able to prove their allegation beyond reasonable doubts and have also vowed to use all possible means to get their due.

This unfortunate endeavour has unfortunately severed her relationship with the first lady who has been bombarded with petitions and reports of swindling and fraudulent exploits and has since let her off the hook. very few Nigerians still give in to her dubious  antic of continously posing as first lady’s link person, a venture from which   she has raked millions of naira from unsuspecting members of the public.

The crafty Salami has however found a new ally in the Secretary to the Government of the Federation (SGF),  Chief. Anyim Pius Anyim whom many have alleged they are engaged in an amorous relationship. The only thing that is still left for her to convince her would be preys to part with bogus cash into her bank accounts is to add the appellation of Pius orAnyim to her names which she usually adopts to suit her trade.

Capitalising on this new found alliance, the Executive director has began her new plot one that may crumble the bank and in turn have very far reaching consequences on the Nigerian economy which the bank’s activities have played a serious role in boosting since the down turn in international oil sales.

This plot which is hatched in connivance with his amorous friend , the SGF, has been prompted by the recent move by the bank’s major stakeholders, the Central Bank of Nigeria (CBN), to inject a financial grant to the tune of 25 billion Naira, based on a progress report indicating the giant strides of the present administration,  which has made the bank a cynosure of all eyes.

According to an inside source in the SGF’s who is privy to the conspiracy,  the recent discovery by the Central Bank of Nigeria that Folake is a green snake hiding under the cover of her office to cause institutional damages and cannot be allowed to preside over the affairs of the bank is now shopping for one dupious person and probably a Managing Director of a cooperative society from the north central to replace Mr Robert Orya. The grand ploy is to make sure Robert Orya who has wholly trusted and believes in Mrs. Salami, is pushed out to bring in this stooge who will share the 25 billion naira boots with this devil’s advocate and her new found ally.

Already schemes have been put in place to ensure this scheme and a budget set aside and certain staff on the payroll of this project to tarnish, defame and possibly blackmail the bank executive into resigning or provoke his sack.

To say the present administration of Goodluck Ebele Jonathan is corrupt may not be far from such
institutional damages by cronies of the first family family like Folake who go about duping people of their hard earned resources, how this will end is another story for many to watch out.