Trouble In Shell As Group Battle Appointment Of New M.D, Osagie Okunbor Over Issues Of 'Competency'!

The newly appointed Managing Director of Shell Petroleum Development Company, Osagie Okunbor is having his tough. 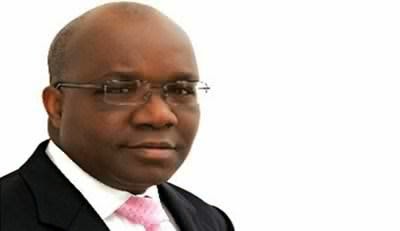 A group of individuals claiming to be stake holders within and outside the multinational have merged forces to unseat him, even before he comes to grips with his new position.

They premise their call for the removal of the new M.D on issues of competency.

As the curtain falls on the era of Mutiu Sunmonu, former Managing Director (MD) of Shell Petroleum Development Company (SPDC), posterity depends on Osagie Okunbor, his successor, to guard and extol the glory due to Sunmonu or otherwise.After 36 years in service, it was given that Sunmonu would quit the leadership and administration of SPDC yet when his departure was announced and Okunbor was confirmed as his successor, jitters raced down the spine and all over the nerves of a vested group within the petroleum company. No sooner than Okunbor was announced as Sunmonu’s successor than the group reacted, showing dissatisfaction with the choice of their new MD. The Capital findings revealed that a report produced by the group before Okunbor’s appointment adjudged him to be technically deficient and unqualified to manage SPDC. In a letter addressed to SPDC under the heading, ‘Objection to Mr. Osagie Okunbor as MD/Country Chair of Shell (SPDC) Nigeria’ and authored by a certain Zik Gbemre, the group explained that Osunbor did not have requisite experience in exploration, production and engineering unlike past MDs of the company.

“For emphasis, Shell is a technically-oriented International Oil Company (IOC) and as such, if we check all past Shell (SPDC) Managing Directors (MDs) there is no one that does not have an experience background in Exploration, Production and Engineering…So how come a ‘novice’ in these areas should be projected and appointed by Shell Management as the next MD/Country Chair of Shell (SPDC) Nigeria?

“Like we said in previous letters, Mr. Osagie Okunbor is not a ‘technical’ person, neither is he an ‘operational’ person nor does he have the ‘corporate wisdom’ and ‘professional skills’ to manage/carry out the overwhelming demands of the office of the MD/Country Chair of Shell (SPDC), Nigeria.”

“Aside the complete lack of necessary technical, operational and leadership qualities, Mr. Osagie Okunbor is known to be a chronic ‘tribalist’ from a Edo State who does not have the qualities and ‘relationship-building’ skills to manage the socio-political and ‘inter-relations’ demands of the position of the MD/Country Chair of Shell (SPDC), Nigeria,” the release stated.

“He does not have the capacity to carry relevant stakeholders along or manage Shell (SPDC) operations in Nigeria. Without mincing words, making Mr. Osagie Okunbor the next MD/Country Chair of Shell (SPDC), Nigeria, to take over from Mr. Mutiu Sunmonu, will be the ‘biggest’ mistake and a ‘corporate blunder’ Shell will ever make. It will be like Shell using its own hands to ‘destroy’ the company’s operations in Nigeria. Again, this is no exaggeration, but stating the bitter truth and the undeniable fact as we see it.”

The report also linked Okunbor’s rise in SPDC to “Omiyi and the Edo State connections in Shell (SPDC) that projected Mr. Osagie Okunbor to the position of the VP Human Resources. He did not attain that position on merit or hard work, as they are trying to make us believe. The question is what job was he doing or has he done to be considered for the said position?”

Prior to Okunbor’s appointment, he served as a Senior Advisor in Shell’s Upstream International Operated business in The Hague, Netherlands. As MD of SPDC, he will be bringing 28 years of industry experience to his new role. A graduate of Business Administration from the University of Benin, Okunbor is the third Nigerian MD of the SPDC in a row, queuing behind Sunmonu and Basil Omiyi. Okunbor’s previous assignments included vice president, Human Resources for Shell’s Upstream Business in Sub-Saharan Africa and vice president, Infrastructure and Logistics Shell Nigeria.
Posted by MAN ABOUT TOWN at 9:20 PM